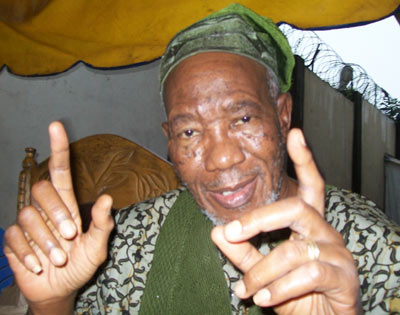 The former governor is set for burial on Sunday evening.

A former Governor of Oyo State, Lam Adesina, who died on Sunday morning, would be buried around 4:00 p.m. today, according to Islamic rites.

Mr. Adesina died earlier today in his residence house in the Felele area of Ibadan, the Oyo State Capital.

The former governor, 73, had been sick for a while and was admitted to the  University College Hospital, Ibadan, Oyo State. He was reportedly later transferred to St. Nicholas Hospital, Lagos where he was admitted for some weeks, but later discharged.

As thousands of sympathisers descended on the late governor’s the residence to pay their condolences, security operatives have also maintained a heavy presence there to prevent any breakdown of law and order.

The former governor was born on January 20, 1939. He attended Loyola College in Ibadan and studied at the University of Nigeria, Nsukka from 1961-1963.

He later attended the University of Ibadan in 1971, worked in a private educational institution before venturing into politics.

He served as governor of Oyo State between 1999 and 2003 under the platform of the then Alliance for Democracy.

He remained a leader of the Action Congress of Nigeria, ACN, in Oyo State until his death.