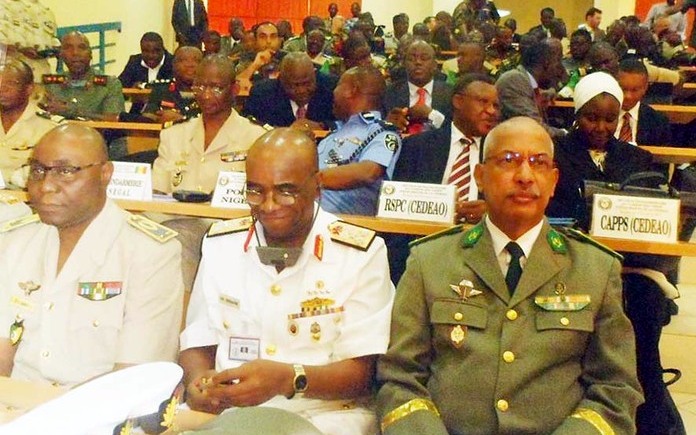 Mali has been enmeshed in a civil crisis.

Nov. 7 (PREMIUM TIMES) – The extraordinary meeting of the Committee of the Chiefs of Defence Staff, CCDS, of West African countries ended in Bamako, Tuesday night with a resolution to present conclusions reached to the meeting of Heads of State and Governments holding in Abuja later this week.

Briefing newsmen at the end of the meeting, the Economic Community of West African States, ECOWAS, Commissioner for Political Affairs, Peace and Security, Salamatu Husseni-Suleman, said the agreement reached at the meeting would be forwarded to the Heads of State and Government.

Mr. Husseni-Suleman said ECOWAS, AU and all stakeholders are required to meet and conclude the concept of operations for deployment of military forces to Mali to assist the country to regain its territorial integrity.

She said the resolution by the UN Security Council was that ECOWAS, AU, UN, EU and all other stakeholders were required to meet and conclude the concept of operations for deployment of military forces to Mali to assist the country regains its territorial integrity.

“It will also be presented to the Heads of State and Government of ECOWAS on Sunday and together with the AU and other critical partners, they will fine-tune other arrangements and get back to the UN by Nov. 15,” she said.

The Chairman of the CCDS, Soumaila Bakayoko, thanked the committee for the quality of work done during the meeting.

Mr. Bakayoko, who is the Chief of Defence Staff of Cote d’Ivoire, appreciated the efforts made by the CCDS to restore peace and security to Mali.

“I appeal to all and sundry to ensure that the decisions taken in this meeting are harmonised so that peace can return to Mali,” he said.

The Nigerian Chief of Defence Staff, Ola Ibrahim, was among those who attended the meeting.

The Malian crisis began on March 21 when mutinying soldiers, displeased with the management of the Tuareg rebellion in the north, attacked several locations in the capital Bamako, including the presidential palace, state television, and military barracks.

The soldiers, who said they had formed the National Committee for the Restoration of Democracy and State, declared the following day that they had overthrown the government of Amadou Toumani Toure, forcing him into hiding.

The coup was followed by the swift loss of northern Mali to Tuareg forces.

On April 6, the junta agreed with negotiators of the Economic Community of West African States, that they would step down from power in return for the end of sanctions, giving power to a transitional government led by the Speaker of parliament, Dioncounda Traore.

In the following days, both Touré and coup leader Amadou Sanogo formally resigned. Touré was to leave office when his term expires after the presidential elections in April.