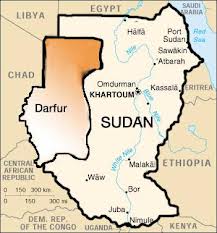 The journalist was subjected to “physical torture and beating with whips”

Nov. 6 (PREMIUM TIMES) – New York, November 5, 2012-A critical Sudanese freelance journalist was found on the side of a road in Khartoum on Friday after being reported missing on October 29, according to news reports. Somaya Ibrahim Ismail Hundosa had been tortured and her head shaved while she was held captive, the reports said.

Hundosa was found in a remote area of the capital, news reports said. Her family said that she had been subjected to “physical torture and beating with whips” and that she had been told her head was shaved because “it looked like the hair of Arabs while she belonged to the slaves in Darfur,” according to the pro-democracy group Grifina (We Are Fed Up). The journalist is now recovering at home with her family.

Hundosa’s family members told the local media that Hundosa was abducted near her home in Khartoum and taken to an unknown location. Later that day, her sister received a phone call with Hundosa’s voice in the background, begging to be allowed to speak with her sister, according to news reports. The following day, Hundosa’s nephew received an anonymous text saying the journalist had been detained by agents from the National Intelligence and Security Services (NISS), news reports said.

Hundosa later told her family she believed her captors were indeed NISS agents. The NISS has not publicly confirmed or denied any involvement in the attack.

Hundosa’s captors showed her articles she had written and accused her of opposing and disrespecting the regime of President Omar al-Bashir, according to news reports citing Hundosa’s family. Hundosa had covered human rights violations in the western Darfur region and the Nuba Mountains in the South Kordafan region, subjects that are deemed off-limits for journalists reporting on Sudan, according to news reports. Her articles had appeared in local Sudanese publications including the independent dailies Al-Watan and Al-Sahafa. Her Facebook account had also been hacked several times in the past, news reports said.

Hundosa, who is of Darfurian origin, a group that has suffered much persecution under the regime, lives in Egypt, but was visiting her family in Sudan for the Muslim holiday of Eid Al-Adha, news reports said.

Hundosa’s family is planning to file a criminal complaint against unspecified members of the NISS for the attack against the journalist, news reports said.

“Authorities must immediately and credibly investigate this horrifying attack on Somaya Ibrahim Isamail Hundosa and bring the perpetrators to justice, no matter who they are,” said CPJ Deputy Director Robert Mahoney. “This attack shows the dangers that journalists in Sudan continue to face if they dare criticize the government.”

In June and July, CPJ documented a series of journalist detentions, newspaper confiscations, raids by security forces, and the blocking of critical websites to silence coverage of protests that began in mid-June in Khartoum in which citizens demonstrated against austerity measures.

Man absconds from home as wife gives birth to triplets