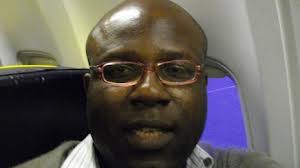 Nigerian jailed for 20yrs for human trafficking, rape in UK

Osezua Osolase was also found guilty of sleeping with minors.

A UK based Nigerian, Osezua Osolase, found guilty of using “juju to traffic teenage girls from Nigerian to Europe for prostitution was jailed for 20 years on Monday by the Canterbury Crown Court, the BBC is reporting.

Mr. Osolase was found guilty of five counts of trafficking, one of rape and one of having sex with a minor.

Mr. Osolase, an HIV patient, works in a recycling firm and lives in Gravesend, Kent.

During the trail that lasted for six weeks, prosecutors told the court how the convict forced the girls into taking a juju oath. One of his victims told the court that hair was taken from her head and pubic area and mixed with a sample of her blood to perform the juju ritual.

“You are undoubtedly a very, very dishonest man. You are arrogant and manipulative, you are devoid of conscience, devoid of any compassion to your victims,” she said.

The convict was arrested in April 2011 while trying to board a plane at Stansted Airport.

“Osolase led these girls to believe a better life awaited them in the UK,” said Inspector Eddie Fox from Kent and Essex Serious Crime Inspectorate.

“He preyed on vulnerable girls who had no one to care for them and would not be missed. The mental and physical scars inflicted by Osolase will remain with the victims for the rest of their lives,” he said.