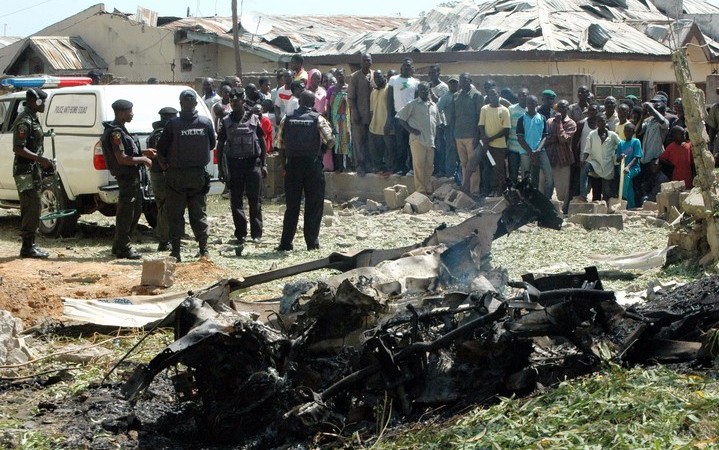 The tales of the victims of the blast are cheerless.

One day after the tragic terror attack on a Catholic Church in Kaduna, the city managed to remain peaceful while victims of the blast begin to wake to adversities of their injuries.

As observed by PREMIUM TIMES, areas such as Malali, Unguwa Yero, Badarawa Kwaru in the capital city stayed peaceful after security agents botched a reprisal attempt by Christian youth the previous day.

On Sunday, St. Rita’s Catholic Church situated at Unguwa Yero, Badarawa Kwaru area of Kaduna, was attacked by a suicide bomber killing eight worshipers and causing severe injuries to many.

Up to 11 Muslims were killed in the reprisal attacks. The state governor subsequently imposed a 24-hour curfew on the state now divided along religious lines.

At the Barau Dikko hospital, many victims of the attack are agonized, bitter and traumatised but responding to treatment.

One of the senior members of the church, Albert James, who was not hurt, but visibly shaken by the attack he told PREMIUM TIMES the attack caused damages that cannot be quantified.

“It is a tragedy that can never be measured,” he said. “Although the blast did not torch the church building, the magnitude of the blast caused all these damages,” he said referring to the victims anguish.

He said that at the time of incident, security agents were nowhere near the scene to help salvage the situation.

Mr. James said some of the victims with minor wounds were discharged on Monday morning, adding that the other victims are responding well to treatment.

No group has claimed responsibility for the attacks, but the attack bears the marks of the Islamic terror group, Boko Haram, that has claimed similar attacks in the past.

The bomb blast, the victims – A story of St. Rita’s Catholic Church Kaduna