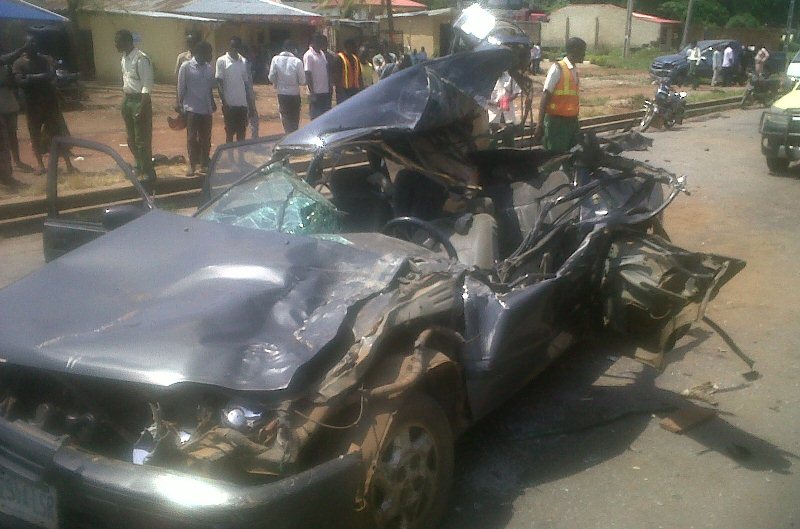 The accident happened close to the governor’s office.

Four people were feared dead on Sunday afternoon in an auto crash, which occurred in front of the Ogun State Governor’s office, along the Oke-Mosan-Kobape-Sagamu dual carriage way.

The bodies of the victims, believed to be returning to their homes after the Sallah celebration, are being removed from the wreckage.

The Road From Ilé-Ifẹ̀ To Ikenne, Good Night Sheila Solarin, By Adeolu Ademoyo