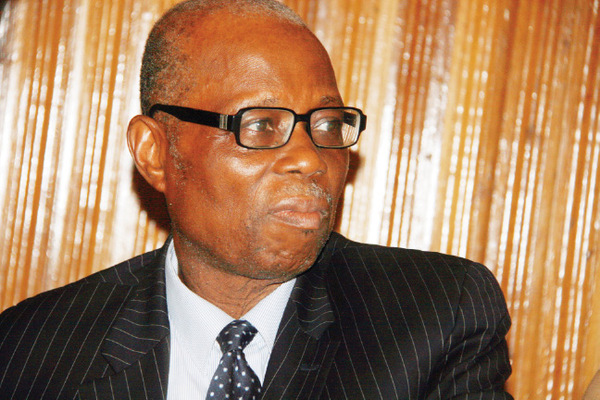 Mr. Ajibola said Nigeria had no basis to challenge the ruling.

A former World Court Judge, Bola Ajibola, has declared that Nigeria has no constitutional right to challenge the International Court of Justice, ICJ, judgement which ceded Bakassi to Cameroon.

Mr. Ajibola made the declaration while featuring as a guest of Rock City F.M Station in Abeokuta. He said Bakassi is a forgone issue that need not to be challenge as Nigeria would surely have lost any challenge.

“Let us correct one impression, on the status of the court of the ICJ, there is nothing like an appeal, the court would never entertain any appeal,” the legal luminary declared.

“Whatever is decided by that court is final and it is expected to be binding on two parties, or the parties involved in the dispute, so the first thing that we must remove from it, is the idea of appeal, there is nothing like appeal,” he added

Mr. Ajibola, a former Minister of Justice, explained that the options at the ICJ were a revision or interpretation of its judgement.

He explained that the only means of reviewing the decision of the court, urging the court to revise its decision, has some conditions.

The former minister mentioned the condition as: “It must be a matter that was not before the court at the time of the precedence which now surfaced … which was not consider then.”

He said that too must not be as a result of negligence of that party raising it. He stated that if the particular issue did not surface before the court, for one reason or the other unknown to the court, and not raised by the parties though relevant to the case before the court, the court can allow it to come under a permission.

“But that too has another condition pretext, it must not be as a result of the negligence of the party raising it.

“Oh! I should have put a word or two on certain aspect of this claim, which I did not put.

President Goodluck Jonathan had earlier announced that Nigeria would not seek a review of the ruling before such review application lapsed earlier in the month.

Arik confirms corpse of unknown man on own London-Lagos plane