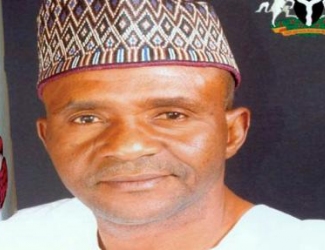 Taraba Governor, Danbaba Suntai, to be flown to Germany for treatment

Gov. Danbaba Suntai of Taraba has been flown to Abuja preparatory to being moved to Germany for further treatment.

A medical source at the Specialist Hospital, Yola, where the governor was receiving treatment following his plane crash in a bush along Yola-Numan road on Thursday night, disclosed this on Friday.

The source, who pleaded anonymity, however said that the governor was in stable condition, adding that: “He sustained a fracture on his right hand and some bruises on his head.’’

Mr. Suntai was driven in an ambulance belonging to the Federal Medical Center Yola around 11.30 a.m. to Yola International airport to board an air ambulance to Abuja in a long convoy of well wishers and sympathisers.

Meanwhile, men of the Accident Investigation Bureau of Federal Airport Authority of Nigeria from Abuja have arrived at  the scene of the plane crash for investigations.

A NAN correspondent, who visited the scene, reports that the officials could be seen gathering parts of the plane while mobile security men are preventing people from loitering around the spot.

In a related development, the Chief Press Secretary to the governor, Hassan Mijinyawa, told the News Agency of Nigeria (NAN) that the governor’s condition was stable.

He said the conditions of the aide de camp and chief security officer to the governor, who were taken to the Federal Medical Centre, Yola, were critical because they both had multiple fractures on their legs and hands.

Those who rumoured my death need God’s forgiveness, says Awujale of Ijebuland