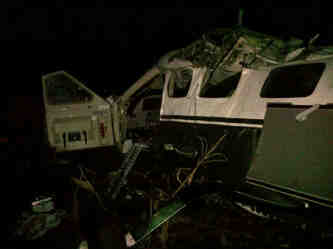 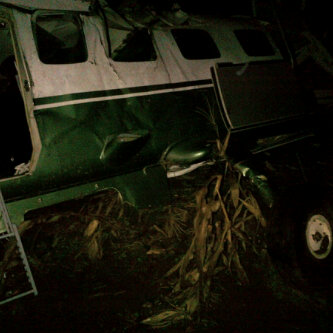 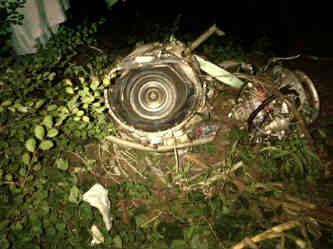 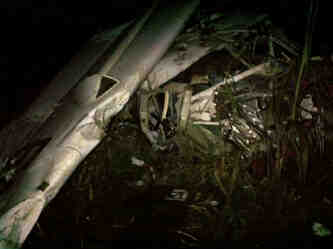 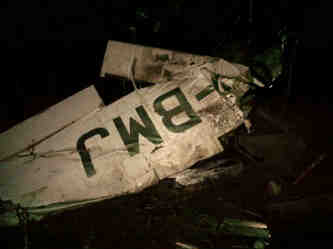 UPDATE 3: The Federal Ministry of Aviation has just issued a statement saying the Taraba State Governor, Danbaba Suntai, and the other five passengers aboard the crashed plane are alive.

“An aircraft, Cessna 208 with 6 souls on board including crew, operated by the Taraba State Government departed Jalingo, Taraba State for Yola this evening and reported contact with the Yola Control Tower (1720Z) and field in sight at 38 miles estimating landing at 1730Z. The pilot subsequently lost contact with Yola Control Tower and subsequent effort to raise the aircraft failed.”

“Search & Rescue was immediately activated and site of incident located with all victims alive with various degrees of injuries. The victims have been evacuated to the hospital for treatment pending further investigation of the incident.”

“This is the correct version of the incident; every other one that is contrary to this is incorrect.”

UPDATE 2: Special Assistant to the President on New Media, Reno Omokri, has deleted the tweet with which he confirmed the death of Governor Danbaba Suntai.

He had tweeted, “May the soul of the late departed Governor, Danbaba Suntai, of Taraba State rest in peace and may God grant the state peace this trying time,” he said.

UPDATE 1: More reports reaching us from Taraba State indicate that the state government has issued a press release confirming the presence of the governor on the plane that crashed in Yola, Adamawa State, but saying the governor was not dead.

The governor was flying the private jet that had four other passengers. All were injured, but none of them died, the statement reportedly said.

The governor is believed to be the most badly hurt but is not dead and is currently receiving treatment at the General Hospital in Yola, a source that has seen the statement told us via telephone.

A rescue operative at the scene also said that none of the occupants of the plane died.

The Federal Airport Authority of Nigeria has also promised to issue a statement soon.

We will provide more details as events unfold.

A presidency spokesperson, Reno Omokri, had earlier tweeted, confirming the governor died in the crash.

Reports from Yola, the Adamawa State capital, indicate that an airplane has crashed while approaching the Yola International Airport.

Details of the incident is sketchy at this time, but witnesses said the plane looks small, like a non-commercial private jet, and crashed just behind the NNPC depot in the town.

There are reports that Governor Danbaba Suntai of Taraba was one of the passengers on the ill-fated plane. We are unable to independently confirmed this as the governor’s spokesperson could not be reached yet for confirmation.

But the Special Assistant to the President on New Media, Reno Omokri, has just tweeted, confirming the governor’s death.

“May the soul of the late departed Governor, Danbaba Suntai, of Taraba State rest in peace and may God grant the state peace this trying time,” he said.

The challenges of Abuja street traders

When Patience is Not a Virtue, By Chido Onumah