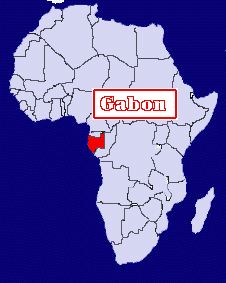 About 80 per cent of the returnees are children.

About 242 Nigerians, many from Bayelsa State, returned to the country from the Republic of Gabon after several years of harsh economic conditions, the National Emergency Management Agency, NEMA, has said.

The South-South Zonal Coordinator of the agency, Umesi Emenike, on Monday, who received the returnees, said they voluntarily decided to return home after years of sojourn in that country.

He noted that it was the constitutional mandate of NEMA to “facilitate such nostalgic operation’’ which, according to him, is a demonstration of patriotism.

Mr. Emenike explained that the returnees were not repatriated, but decided to come home after discovering that Gabon was no longer conducive for their businesses.

“Let no one misinterpret this return as repatriation; they were not repatriated but they felt things were not working well there.

“They decided to return home where they would be proud to thrive under any condition because it is their own country,” he said.

Mr. Emenike confirmed that some of the returnees had been confronted with harsh economic situations and poverty in Gabon, hence they boldly agreed to come home as an escape from hardship.

One of the returnees, Layefa Torubeli, who went to Gabon in 1964, said they were subjected to harsh economic situations which made them decide that coming home was the best option.

He said many Nigerians, especially fishermen and women, were frustrated by Gabonese, saying: ‘’they will not allow us to fish again; they will seize our boats and even take our catch.”

“In fact, they did everything to set our business aback,” he added.

Another returnee, Gloria Theophilus, thanked NEMA and the Federal Government for facilitating their return, and promised to be law abiding.

She recalled the harsh economic experience they faced in Gabon, which she described as “terrible and highly exploitative.”

The highlight of the reception was the donation of some relief materials, including food items, water, mats and other items.