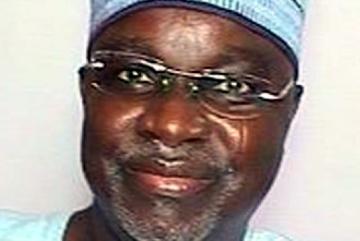 The Joint Task Force, JTF, had on Thursday announced the arrest of Mr. Bama in Maiduguri, the Borno capital, describing him as “a high profile Boko Haram Commander who has been on the list of wanted terrorists operating between Bama and Maiduguri.”

The security agency later linked him to “a serving senator’s house along Damboa Road, GRA Maiduguri.”

A source within the SSS said yesterday the senator to which Mr. Bama was linked has now been invited for questioning.

“Our investigation is proceeding well, and we have invited Senator Zanna to come and make certain clarification regarding his relationship with the suspect,” the source said.

But shortly after we learnt of his invitation, Senator Zanna spoke in Abuja, saying there  is a high level plot to frame him. He confirmed that he had been invited by the SSS.

“Since my house was searched and the JTF made the announcement, I have not been contacted by security agencies. But it was only this morning (Sunday), I saw a text that the SSS DG will want to see me on Monday. I will honour the invitation.”

“What I am suspecting is that they want to frame me up.”

He denied any link to the extreme Boko Haram sect, saying although the suspect is his nephew, he was not arrested in his apartment.

He said the suspect was arrested in a house belonging to a former Governor of Borno State, Senator Modu Ali Sheriff.

He accused the JTF of arson and extra-judicial killings, saying the agency had burnt 300 houses in less than two months and had murdered 500 inocent people.

Mr. Zanna confirmed that the Boko Haram suspect is his “sister’s son”, who he had long kept at arms length.

“He beats up my children; he abuses my friends. He came to my house, so I sent him away. That was about a year ago. And for whatever reason I don’t know, he came to my house last week and I said he should leave the house,” Mr Zanna said of Mr. Bama’s behavior.

“Sometime ago, he even threatened to kill his mother. So, the mother was not even feeling comfortable living with him. And he narrated that to me. That is why I also do not want him to be near me.

The senator said the JTF had been scheming to frame him following his consistent criticism of their modus operandi, with soldiers committing horrendous human rights abuses in the name of hunting Boko Haram insurgents.

He narrated the events of  October 18, when he said his Maiduguri was raided, “On Thursday, they went to my house. I was in Warri at that time; I went for an oversight function. My wife called me; she said the army people were at our gate. Actually, they went with four armoured vehicles and about 40 of them came to my house.

“They searched all the rooms and when they went to the children’s room, they broke all their cabinets and searched everywhere. When they could not found anything, then they assembled all the boys in my building, took them out and put them under the scorching sun. Actually, before doing that, they beat them up. We had to take them to hospital later.

“Under this traumatized condition, they asked them whether they know one Shuaib Bama. They said, of course, they know when they see him.

“One of them was asked to go and show them where he is living. As they were going, when they were about to reach the house, they stopped. In fact, they blindfolded the boy. And one of the officers asked one of the personnel to come down so that they should follow him to the house without the boy telling them where the house is.

“So, as they started going, the other officer sitting down asked him: ‘If you know the house, then why should we pick this boy?’ And after some arguments, they went to the house and arrested the boy.”

“I really do not understand why they did all these. I am confused. If they want to frame me up, they have failed in that one because they did not get that boy in my house. I have nothing to do with it. Let them go and ask the person where the boy was staying. So, they should not have mentioned my house.”

“This story emanating from the JTF is actually as a result of an interview which I carried out(granted) in BBC last week – asking for their withdrawal from the state because they are not working according to the rules of engagement.

“I noticed that they are just killing innocent people, killing them unnecessarily, harassing their families, extorting money. All these have been going on and I became so concerned. Particularly, the killing and burning of houses became the order of the day.

“At least, 300 houses were burnt within the last one and a half months. And it will not be an exaggeration for me to say that up to 500 people have been killed by the bullets of the JTF.

“I called for their withdrawal because even Boko Haram cannot do more than that. If they have come to protect us, they are not supposed to eliminate our young ones. Most of the people affected are young ones.

“According to the information I got yesterday, they have started even killing old men. Somebody who was about 70 years old was killed. He was sitting down, listening to a radio and a JTF man came and he said: ‘Baba come’. They just took him to a certain distance and shot him. This is the type of things happening. So, my people are helpless. This warranted me to react.”

Nigeria’s National Debt: Spending Our Way into a New Bind, By Ifeanyi Uddin