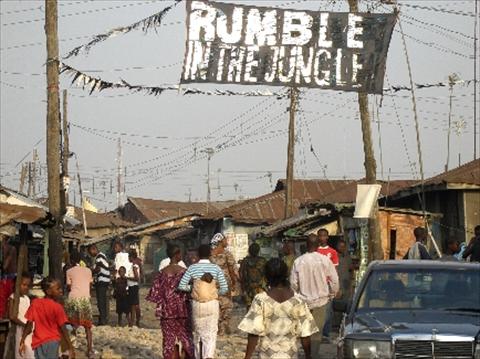 Hundreds of members of the gang have now been arrested.

At Ajegunle, sleep has become elusive. Terrified of the daredevil acts of the notorious robbery gang, popularly known as the ‘One Million and One Boys,’ residents of the Ajeromi-Ifelodun community have resorted to self help to secure their lives and property.

“There is no how we can sleep while these robbers are still out there,” said Clement John, a youth at Goriola Street, Ajegunle.

“We have been coming out every night for the past three weeks, between midnight and 5 a.m. to keep watch. Boys are waiting for them,” Mr. John added.

How these bandits came to be known as ‘One Million and One Boys’ is vague, but the terror inflicted on the inhabitants of Ajegunle is palpable.

“They started their activities some years ago when they used to gather themselves into small groups and rob unsuspecting people, particularly those returning from vigil or night parties,” a security officer in the community, who identified himself as Tunde, said.

“They were boys armed by some politicians around the Apapa-Iganmu area during council elections. Later they began organizing themselves into tens and visiting people’s homes,” Mr. Tunde, who lives at Uzor Street, added.

According to some of the community residents interviewed, when the robbers strike, they usually lay siege on entire streets, for hours, robbing from house to house.

Residents have not only lost their property to them, they have had their dignity stripped as well. Many of those attacked have been raped, leaving them physically and emotionally scarred.

Also, stories – as well as rumours – abound of the activities of the robbers. From brazen acts like giving prior notice to their victims before they strike, to a malicious pleasure of forcing siblings to perform sex acts on themselves or their parents.

“While there had been some cases of these, some of the stories are, also, really true,” Mr. Tunde added. “You know that in situations like these, people are bound to concoct stories to instil fear in others, some of which can be ridiculous.”

While some residents participate in self security measures, others engage the activities of professional vigilante groups to help curb the menace of the armed robbers.

“We just finished a meeting where we decided that there would be a 100 percent increase in the security levy payable by tenants,” the Chairman of Babani Community, Ignatius Nwasike, said.

“We want to pump security to help ourselves,” Mr. Nwasike added.

Residents at Ago Hausa Community also welcomed the idea of acquiring more vigilante hands but, opposed the increase in security levies.

“The issue of the increase came up, I’m one of the people that cancelled it,” said Barry Nwawuzie.

“We said that we wanted 12 men, at a point they were only four,” Mr. Nwawuzie said.

Mr. John noted that their three-week-old vigilante activities have seen a reduction in the crime rate in the area.

“We burn tyres, put road blocks, and scrutinize everyone coming into the street at very late hours,” he said.

“We’ll continue doing it until we put gates at the street’s entry and exit points,” Mr. John said.

Last week, the Lagos State Police Command paraded 130 suspects who they said were members of the notorious gang in Ajegunle.

This week, another 91 were rounded up by the police after a raid in the area.

Over the past two weeks, police say they have arrested a total of 407 suspected members of the gang.

Ngozi Braide, the Lagos Police Spokesperson, said that the arrests of these “faceless people” are “continuous.”

“We have been making arrests, some of them have been taken to court, some are assisting in investigations,” said Ms. Braide, a Deputy Superintendent of Police.

“It’s going to be a continuous thing. We have mounted intensive surveillance within Ajegunle and environs,” she added.

Ms. Braide stated that the police are working hand in hand with the vigilante groups in the community.

“It is one of the things that community policing gave birth to,” she said. “They complement our efforts because they live in the communities. So if you have seen them working, it means we are working hand in hand. But if any arrest is made, they hand over to the police.”

Ms. Braide also said that there is “high visibility policing” in Ajegunle to curb the crime level.

“A lot of undercover agents (are) there now to make sure things are put in place,” she said.

“We have informants, people who are policemen too, who have disguised as market sellers and Okada riders, they are also assisting us in getting good intelligent reports,” Ms. Ngozi said.

Though some of the residents interviewed admitted that the recent arrests have pushed robbery attacks down; Mr. Nwasike pleaded with the police to organize meetings with the community “so we can address this issue.”

“We are a happy community living in peace, excluding these boys that want to spoil everything,” he said.