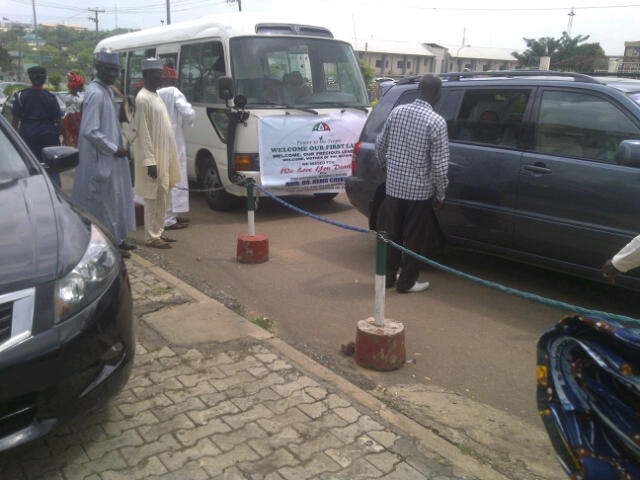 A good number of women, believed to be members of the ruling Peoples Democratic Party, have just poured out of the party’s headquarters  in the Wuse District of Abuja and are right now on their way to the presidential wing of the Nnamdi Azikiwe International Airport.

The women, being led by the PDP women leader, are being bussed to the airport in several vehicles bearing posters welcoming Mrs Patience Jonathan back.

A presidency source said other party leaders and government officials are also making their way to the airport.

Reports had emerged from the Presidential Villa last night indicating that the first lady might arrive Nigeria Wednesday.

Mrs. Jonathan has been in Germany for months where she has been receiving treatment for an undisclosed illness.

PREMIUM TIMES learnt that there is a buzz around the presidency with officials privately discussing the first lady’s expected arrival.