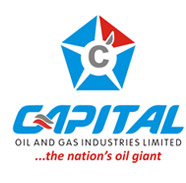 The head of one of Nigeria’s largest indigenous oil marketing company, Ifeanyi Ubah, will be in police cell for the next two weeks based on the order of a Lagos Magistrate Court.

The Court, Thursday, ordered the Police Special Fraud Unit (SFU) to keep Mr. Ubah, the Chief Executive Officer of Capital Oil and Gas Limited, in police custody for two weeks. Mr. Ubah will however not be alone as he would be accompanied in the police cell by four of his employees based on the court order

The court said the reason is for the police to complete its investigation into a the N43 billion subsidy fraud levelled against Mr. Ubah and his company.

The operatives of the SFU had, earlier this week, arrested the Capital Oil and Gas boss and five members of his staff for interrogation, following the company’s indictment by the Aig-Imokuede led 15-member Presidential Panel constituted by President Goodluck Jonathan.

The committee, in which the Commissioner of Police, SFU, Tunde Ogunsakin, is a member; is charged with the verification and reconciliation of fuel subsidy payments.

The SFU said that they are investigating the suspects for “economic sabotage”, in addition to obtaining money under false pretences, money laundering and stealing the property of Nigeria.

Ongoing investigations revealed that Mr. Ubah’s company received N43.291 billion as subsidy payments for the importation of 538.74 million litres of fuel in 26 transactions in 2011, according to the SFU.

Effiong Asuquo, counsel to SFU, who filed the application for remand of the suspects, had requested that the suspects be in custody for 30 days to enable the police conclude its investigations.

“There is a very high risk of the suspects escaping out of the country to prevent prosecution,” Mr. Asuquo said.

Martins Owumi, the presiding magistrate, noted that the suspects had not been charged with any offence, and approved only 14 days.

The suspects can however file a bail application before the two weeks lapses.

Another group of suspects involved in a N13 billion fuel subsidy fraud also appeared before Mr. Owumi, on Thursday.

Mr. Owumi ordered that they be remanded in custody for 15 days, also for the police to complete their investigations.

The magistrate also stated that the suspects can file a bail application before the remand order expires.

The cases were adjourned till October 31.