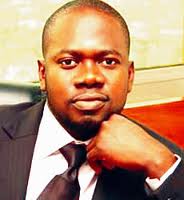 The accused persons are undergoing trial for alleged involvement in the fuel subsidy scam.

Abdulahi Arisekola – Alao, son of billionaire Abdulazeez Ariesekola – Alao was arraigned, Wednesday, for a record three times in the ongoing investigation by the Economic and Financial Crimes Commission, EFCC, into the monumental fuel subsidy fraud.

On Wednesday, the son of the Ibadan based business mogul was arraigned alongside Opeyemi Ajuyah, Olanrewaju Olafusi, and their firms Axenergy Limited and Majope Investment Limited. They were arraigned on a six count charge of conspiracy and fraudulently obtaining N1.1 billion as subsidy payment for the importation of 15.2 million metric tonnes of Premium Motor Spirit.

The EFCC said that they never imported the product.

The suspects pleaded not guilty to all the charges.

Counsel to the EFCC, Rotimi Jacobs, stated that the suspects forged two documents – the Shore Tank Certificate and the Shore Tank Report – to facilitate their payment from the Petroleum Support Fund.

Mr. Alao had been granted bail by the two judges presiding over his earlier charges, but he would return to prison pending the outcome of his bail application to be heard on October 19.

The presiding judge, Lateefat Okunnu, fixed December 13 and 14 for the main trial.