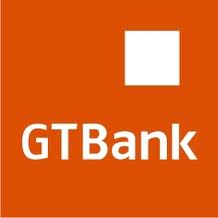 The News Magazine reporter was beaten to a pulp by police men assigned to GTbank.

A reporter with The News Magazine, Desmond Utomwen, who was manhandled by the police at a branch of Guaranty Trust Bank, GTB, has been awarded the sum of N100 million as damages.

At a Federal High Court sitting in Apo, Abuja, on Thursday, last week, Justice Peter Kekemeke, gave the judgement against the Nigerian Police and GTB for brutalising Mr. Utomwen.

On December 11, 2009, Mr. Utomwen had gone to cover a protest by some Nigerians over allegations that officials of the bank were involved in fraudulent withdrawals of large amount via the bank’s Automated Teller Machines, ATM.

But policemen attached to the bank, situated at Area 3, Garki, Abuja, in collaboration with the bank’s officials, descended on the reporter and beat him to a pulp.

The policemen then abducted the unconscious reporter, unlawfully ceased his camera and digital recorder and detained him for several hours, denying him access to medical treatment.

The policemen also collected his identity card and the sum of two thousand naira.

The reporter sought redress in court after the bank and the police rebuffed several appeals by the Mr. Utomwen and his employers for the matter be investigated.

In delivering his judgment, Mr. Kekemeke declared that the actions of the GTB and the Nigerian Police (respondents) amounts to a violation of the reporter’s right to freedom from inhuman and degrading treatment, right to own moveable and immoveable property.

He said that by their action, the respondents violated the right to freedom of the press and expression as enshrined in sections 34, 39, and 44 of the constitution.

The judge ordered the Bank and the Police to pay the sum of N100 million as damages for their wrongful act and to immediately return all the items seized from the traumatized journalist.

This judgement is significant as it comes at a time when several Nigerian journalists have been brutalised while going about their jobs.

In August, Benedict Uwalaka, a photojournalist with Leadership Newspaper, was beaten to a state of coma by attendants of the Lagos State University Teaching Hospital, Ikeja.

Another journalist working with BusinessDay Newspapers, Kehinde Akintola, was beaten in Abuja, by officials of the Department of Federal Capital Territory Road Transport Service, DRTS.