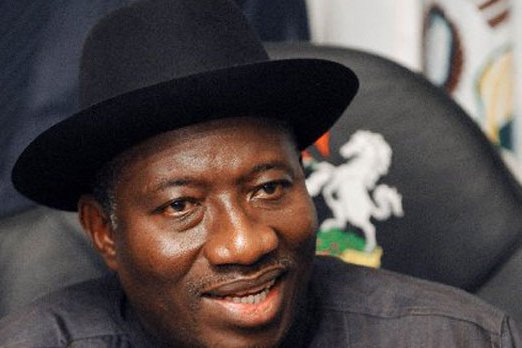 Senators expressed outrage at the failure of security agencies to protect lives and property of citizens.

President Goodluck Jonathan, Wednesday, ordered security agencies to fish out the perpetrators of the massacre of students in Mubi, Adamawa.

The Special Adviser to the President on Media and Publicity, Reuben Abati, disclosed this to State House correspondents at the Presidential Villa, Abuja.

Gunmen killed about 40 people including 25 students in an attack on Monday night at Wuro fatuji area of Mubi. Majority of the students were those of the Federal Polytechnic, Adamawa State University, and the School of Health Technology, all in Mubi.

Mr. Abati said the Minister of Education, Ruqayyatu Rufa’i, briefed the Federal Executive Council on the killings, on Wednesday, during its meeting presided over by the President.

He said Mr. Jonathan described the killings as “tragic, sad, barbaric and shocking.”

“The President has directed security agencies to investigate the matter and get to the root of the matter because this kind of incidence where people are called out and shot is really shocking,” he said.

The Senate on Wednesday in Abuja also condemned the killings, urging the Federal Government to expeditiously apprehend the perpetrators of the act and bring them to book.

The Senate took these decisions following a debate on the matter, brought through a motion sponsored by Senator Bindowo Jibrilla.

Mr. Jibrilla had, in his lead debate, called on government to put in place machinery that would ensure that the perpetrators were brought to book.

Mohammed Tukur (PDP-Adamawa) in his contribution said up till now, no one knew the cause of the mayhem which had led to a large number of people leaving Mubi for Yola, the state capital.

“It is a matter of serious concern to every Nigerian. Nobody can say what led to the mayhem in Mubi, but I am aware that people are leaving Mubi in large numbers toward Yola,” Mr. Tukur said.

Mr. Tukur asked that urgent measures be taken to curtail such acts, as it may extend to Yola and Jalingo.

Failure of the State

The Deputy Senate President, Ike Ekweremadu, said it was indeed a bad day for the country that such an act would be carried out on innocent students.

“Some are the only children; some are the hopes of their families, while others are investments. You can imagine the pains to these families,” Mr. Ekweremadu said.

Mr. Ekweremadu expressed worry that it was not an isolated case, but that it was being replicated everywhere in the North East, saying that it was evil and condemnable.

“What happened in Mubi is a failure of security, whether it is robbery, or Boko Haram, it is the inability of security agents to secure the people.

“It is painful that at this level of development, they are still playing politics with the lives of our people. If we cannot provide security, we provide nothing,” he said.

He said if it meant moving all the Police and Army to the northern part of the country to save the people, it should be done.

In his contribution, Aweisu Kuta (PDP-Niger) expressed concern that the higher institutions were now being targeted.

Mr. Kuta expressed worry that the country was gradually moving to anarchy and nobody seemed to have solutions to what was happening.

“Some of these started as armed robbery and has now graduated to anarchy. In the whole of the north east, the economy is grinding to a halt,” he said.

The Niger State said that that was beyond a religious matter, adding that in spite of all the money spent annually on security, nobody had solutions to the problem.

“It is important to look at the security agents again, let them say why they are failing and if there is need to look for other solutions,” he said.

On her part, Oluremi Tinubu (ACN-Lagos) said that Nigeria was a nation under siege, adding that the country had never experienced what it was currently going through.

“Everyone will notice that the rate of unemployment and poverty are high and for me, the present administration has not declared dividends of democracy to the people,” she said.

The Senate President, David Mark, on his part said the act was unacceptable, adding that every state government in the country was responsible for providing security to the citizens of the state.

“I think this is a very serious issue and if we don’t tackle the real issue and we begin to go on diversionary expeditions, then, we will be missing the point. The security challenges before us in this country are grievous and we have to tackle them headlong.

“The Mubi killings, even if it’s just attacking the symptoms now, those involved must be brought to book,” he said.

The Senate President called for capital punishment for the killers.

“I know that this is a democracy and with due respect to all of us, capital punishment is still in our statute. This is an opportunity for us to test it.

“It will be used as deterrent to others and that has to be done as fast and as speedy as possible. Crimes take place in other countries but the reaction of the government is what matters.

“But when they happen in this country, after a week, we just try to forget it and wait for the next one to happen,” he added.

The Senate also observed a one minute silence in honour of those who were killed in the Mubi shooting.