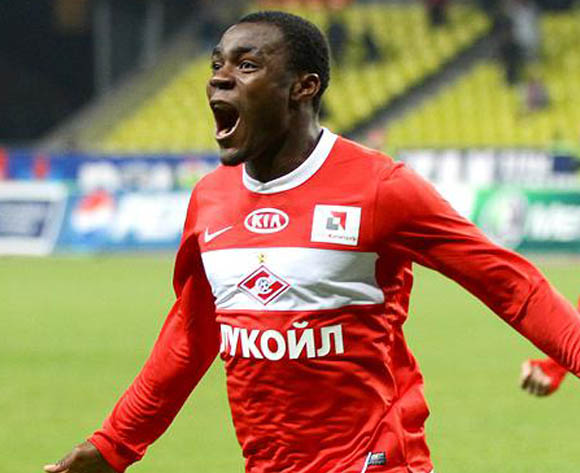 Nigerian Striker, Emmanuel Emenike, scored a brace for his Russian clubside, Spartak Moscow, in the UEFA Champions league match played in Russia. Emenike’s goals were however not enough as Spartak lost 2-3 to Scottish champions, Celtic FC, the club of Nigerian defender, Efe Ambrose. The loss means the Russian team remain without a victory after two round of matches in the group phase of Europe’s biggest club competition.

Chelsea FC of England left it late scoring three goals with barely ten minutes to go in their 4-0 victory over debutants, Nordsjælland of Denmark. The win has shot the Blues to the top of their group after two round of matches. The European Champions, playing away in Denmark, were not too impressive at the start as the Danish Club had better possession though not posing any danger to the visitors. Handed a starter’s shirt, Nigerian forward, Victor Moses, had a goal disallowed for offside. Juan Mata could pass for the star of the night as the Spaniard produced two goals, one in each half, flanking David Luiz and  Ramires’ goals. Mikel Obi, the other Nigerian in the Chelsea side, was given only five minutes of action, when he came on in the 85th minute in place of the two goal hero, Mata.

It was also another away win for Manchester United as Dutch striker, Robin Van Persie, continued his good run of form firing in two goals to ensure that the Red Devils secured a precious 2-1 win away to CFR Cluj. Van Persie has now scored seven goals in seven start for  the Red Devils.

In Portugal, Barcelona showed class cruising to a 2-0 win over Portuguese side Benfica.

Sporting Braga, the team of Super Eagles defender Elderson Echejile, also got an away win as they defeated Galatasary 2-0.

There were however shocking results in the other day’s matches as Juventus failed to make their home advantage count playing a 1-1 draw with Shaktar while last season’s finalist, Bayern Munich of Germany,  lost 3-1 to Bate Borisov.

Fani-Kayode and the treatise on independence, By Godwin Onyeacholem