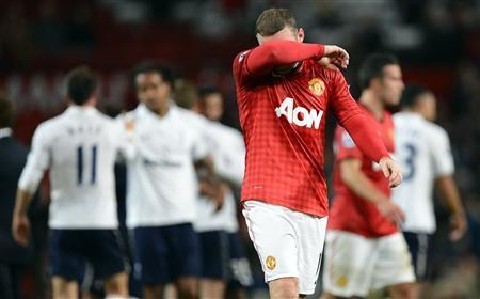 The London club, Tottenham Hotspur, Saturday defeated Manchester United 3-2, shattering a 23-yr wait for the London side to defeat their hosts at home.

Goals from Vertonghen, Gareth Bale, and Clint Dempsey in a thrilling encounter gave victory to the London side. Though Nani and Kagawa scored for the Manchester side, their goals were not enough. The home loss has seen Manchester United drop to third place in the English Premier League. 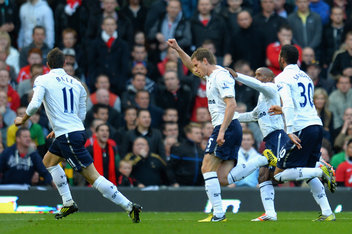 In another game, the London derby involving Arsenal and Chelsea FC saw the away side, Chelsea, achieve victory with a 2-1 score.

Fernando Torres scored first, and an own goal by Laurent Koschielny gave Chelsea the victory after the Ivorian, Gervinho, had equalised initially for Arsenal. Nigerian Mikel Obi played all 90 minutes for Chelsea who retained their top spot in the league with 16 points from six matches. Victor Moses, 21, who had his first child last week, came on as a substitute for Chelsea in the match.

In other matches in the English top league, Everton moved to second place in the League after a 3-1 victory over Southampton. Liverpool gave new manager, Brendan Rogers, his first league victory with a 5-2 away win over Norwich city; with Uruguayan, Luis Suarez, grabbing a hat trick. Fulham lost to Manchester City at home 1-2, Reading and Newcastle played a 2-2 draw, while Stoke beat Swansea 2-0. Sunderland defeated Wigan by 1-0.

Three teams, Norwich, Reading, and QPR are yet to secure any victories in the Premier League this season, and occupy the last three positions, successively, in the league.

Nigeria to resume airlift of pilgrims, as Saudi Arabia insists on deportation