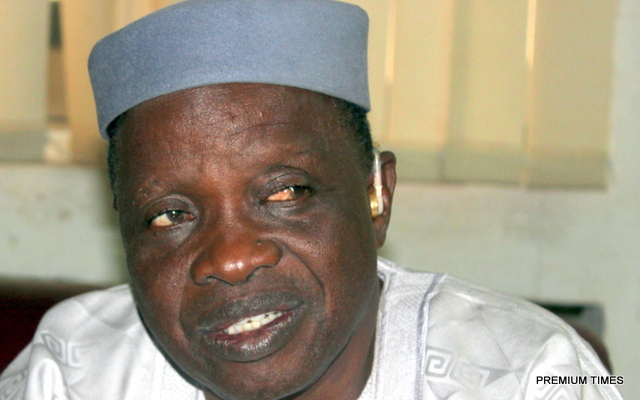 The Vice Chancellor of the University of  Abuja says the panel that presented a damning report on his administration was unfair.

A federal review panel which dismissed the University of Abuja as a “mockery of the university system”, denied the institution’s key actors “fair hearing” in reaching its conclusion, the Vice Chancellor, James Adelabu, has said.

Mr. Adelabu said throughout the duration of the investigation, he only met with a sub-committee, adding that he was not invited to state his case against the petitions filed against him.

“If people wrote petitions against me, they said something wrong against me, and you have not found out directly from me, if I talk of fair hearing, I’m right,” he told PREMIUM TIMES.

“What I gave the committee was my stewardship for three years. So if there’s anything that people wrote, I expected to have been called upon. That they didn’t do,” Mr. Adelabu added.

The vice-chancellor spoke to this newspaper exclusively on Monday; nearly a week after the government panel released a damning report blaming the 24-year old university’s ills on his alleged dismal stewardship.

School facilities are debilitating and not commensurate with annual government funding, the report added.

A White Paper on the report is expected to be issued shortly amid an internal strife between Mr. Adelabu and a faction of the school’s Academic Staff Union of Universities, which recently called for the VC’s sack.

But at the interview that lasted more than an hour at the institution’s permanent site near Gwagwalada, Mr. Adelabu painted a varied picture between what the panel said of the school, what is often heard, and what the reality is.

“It is left for the public to judge; the NUC (National University Council) and the professional bodies to judge whether what we have is that poor,” he said after taking our reporters on a brief a tour of the campus.

He denied all the allegations put forward by the committee, but said he could only provide a full response to the claims that he presided over the abuses after seeing the complete details of the report.

Mr. Adelabu rejected the panel’s appraisal. According to him, the committee only singled out his three-year tenure, out of the UNIABUJA’s more than two-decade troubled history, for scrutiny.

Many of the committee’s conclusions that showed discrepancies merely derived from petitions and complaints he was never allowed an opportunity to explain, Mr. Adelabu said.

Repeatedly, his positions contrasted with the report whose critical stance came hardly surprising for a school with a long history of crisis and leadership deficit.

While the report accused him of financial irregularities, the Vice Chancellor said all his financial dealings had the blessings of the school’s bursar and were vetted by the auditor.

While the investigators spoke of irregular admission procedure, Mr. Adelabu said he had changed nothing about the process from what obtains elsewhere.

The school had competently composed an admission committee that abides by approved regulations, he said.

While the committee also said the school’s physical development stood at six per cent, the Vice Chancellor, who took office in July 2009, said he had done far more than any other head of the school in his three-year stay stay in office.

“The federal government panel was a matter from inception till now,” he said, raising his voice. “One expected it will take that form. But a situation whereby only the now became the main fulcrum of the panel’s work leaves much to be desired”.

On a close scrutiny of the university, PREMIUM TIMES observed some newly completed structures and others being erected under the tenure of the presiding Vice Chancellor.

UNIABUJA is also building what it says is the largest veterinary teaching hospital in the country.

But we are unable to determine whether the physical structures in the university justify the funds and resources at the disposal of the institution.

Many of the ongoing buildings fell within the four disciplines – Agriculture, Engineering, Health Science and Veterinary Medicine – that have been disaccredited by the NUC in April; a re-accreditation is to be held shortly.

Mr. Adelabu said he could not gauge the percentage growth of the school, but he is certain its development was in line with the masterplan.