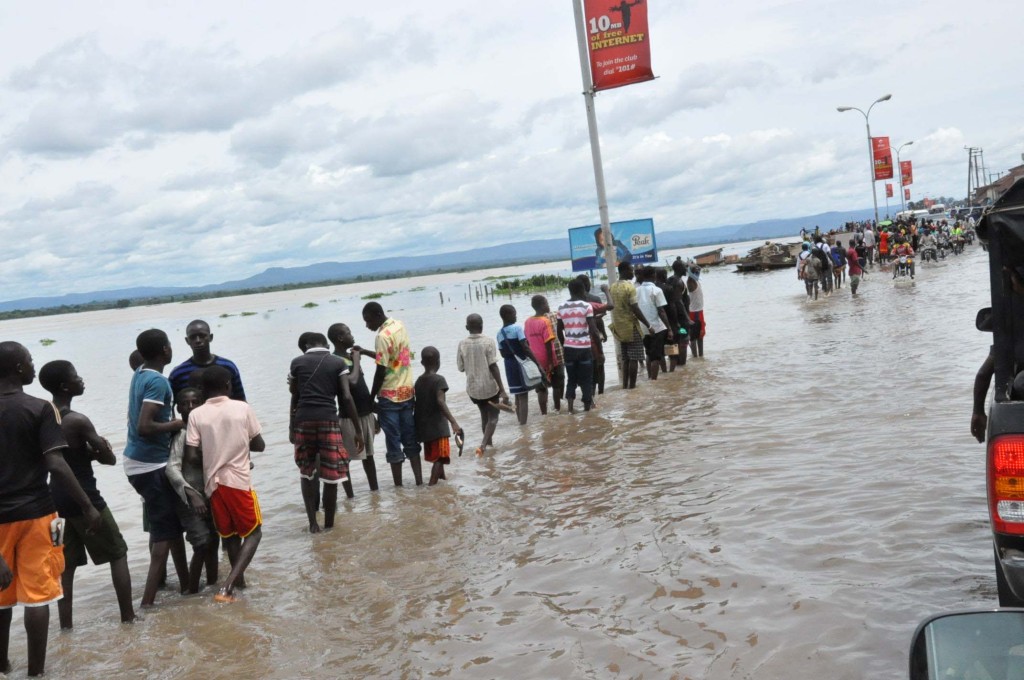 The Federal Government on Monday requested Julius Berger and two other construction companies to free the submerged Lokoja-Abuja Road from flooding within three days.

The Minister of Works, Mike Onolememen, gave the directive in Lokoja when he paid a courtesy call on Gov. Idris Wada.

Mr. Onolememen described the flood as a disaster that deeply touched President Goodluck Jonathan because it affected key national structures and threatened the link between the northern and southern parts of the country.

“We are here on the behalf of President Goodluck Jonathan; he has been deeply touched by the sufferings of Nigerians affected by the flood; it is a national emergency.

“It has touched on key national infrastructure because the Abuja-Lokoja highway accounts for 70 per cent of traffic between the north and south’’, Onolememen said.

He said he also brought the managing directors of the three construction companies; Julius Berger, RCC and Dantata and Sawoe and their teams to assess the impact and address the situation.

According to him, the level of flood currently devastating the state has not been witnessed in the past 100 years.

“We have additional two-metre rise in water level; we have conducted air reconnaissance and we are sure to redress the logjam within the next few days.’’

In her remark, Hadiza Mailafia, the Minister of Environment, who accompanied Mr. Onolememen, said the flooding was unfortunate and urged the people to always obey simple environmental laws.

“Our situation is worsened because we do not obey environment rules, this is traumatising but our coming will bring succour,’’ she said.

She advised states and local government councils to ensure that they did not allocate plots near river banks and flood-prone areas to residential buildings.

The governor, in his remark, described the disaster as a major human calamity and a tragic experience for the people of the state in the past days, expressing gratitude to the president for the timely intervention.

He expressed concern about the gridlock on the Lokoja-Abuja highway and the level of devastation in Ibaji Local Government Area of the state..