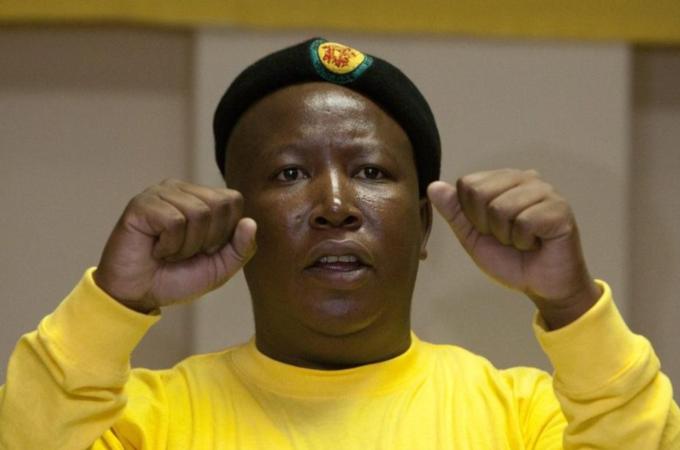 Julius Malema, who has played a key role in the mine unrest in South Africa has been accused of corruption.

The charges against Mr. Malema have not been made known yet, his lawyer, Nicqui Galaktiou, said. A weekly newspaper reports that he has been accused of corruption and money laundering. He is expected to appear in court next week.

“We are busy arranging Mr. Malema’s appearance next week,” his lawyer was quoted by Reuters as saying. “We don’t have a confirmed date yet. We have not seen the warrant of arrest. We don’t know what the charges are.”

She added that Mr. Malema will not be arrested or jailed before then.

Mr. Malema, who left the African National Congress, last year, has remained a fiery critic of President Jacob Zuma. He is campaigning for Mr. Zuma’s removal as the party leader.

Reports say his huge base of supporters in South Africa will see the charges as politically motivated.

But Mr. Malema, who leads an affluent lifestyle, has been accused of corruption and benefitting from government contracts, allegations he firmly denies.

South Africa’s elite Hawks unit is said to have been investigating the allegations against Mr. Malema for months, before the mine strife.

For nearly two weeks, Mr. Malema has latched upon the turmoil in the country’s mines which killed about 40 people, to try to revive his fledgling political career.

He repeatedly addressed striking workers urging them to make the mines “ungovernable” until their demand for increased pay was met.

He accused the president of ignoring the plight of the workers and called for nationalization of the mines, unnerving foreign investors.

Mr. Malema was barred from addressing the miners on Monday, shortly before order was restored at the Marikana mine and workers resumed work.

Reuters reported that further unrest hit AngloGold on Friday when workers downed tools at its Kopanang mine in South Africa’s Free State province.

Company spokesperson, Alan Fine, is reported to have said the about 5,000 workers were yet to communicate their demands to the company.