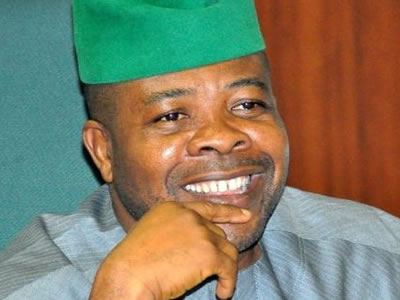 The Deputy Speaker of the House of Representatives, Emeka Ihedioha, on Thursday assured Nigerians that the Petroleum Industry Bill, PIB, would be passed into law.

Mr. Ihedioha gave the assurance at a stakeholders’ meeting on the PIB organised by the Nigeria Extractive Industries Transparency Initiative, NEITI, in Lagos.

He said that the National Assembly would ensure that the PIB was crafted in a manner that would create an efficient and competitive oil industry.

“The PIB is expected to lay a solid foundation for the regulatory, structural, commercial and fiscal framework for the operations of the oil and gas sector in Nigeria as well.

“This law indeed is a major commitment to enthrone transparency and accountability in the oil sector operations.

“Section 190 of the draft PIB provides for an Award Process of Petroleum licenses and places NEITI at the heart of the award process,” he said.

The Executive Secretary of NEITI, Zainab Ahmed, said that the objective of the day’s forum is to sensitise stakeholders on the provisions of the PIB. She said that NEITI plans to stimulate robust debates about the bill for the purpose of helping the National Assembly to be more informed.

“For us in NEITI, PIB is important because it will drive the reforms in the country’s upstream and downstream oil sectors.

“It will also provide solid foundation for the regulatory structural, commercial and fiscal framework for the operators. The bill, we believe, would halt the mismanagement, inefficiency and lack of transparency in the sector,” she said.

“Please suggest ways to make the PIB meet all our national expectations,” she said.

Ms. Ahmed pledged that NEITI would continue to sanitise and mobilise stakeholders, and engage them in the realisation of the prospects of the bill.