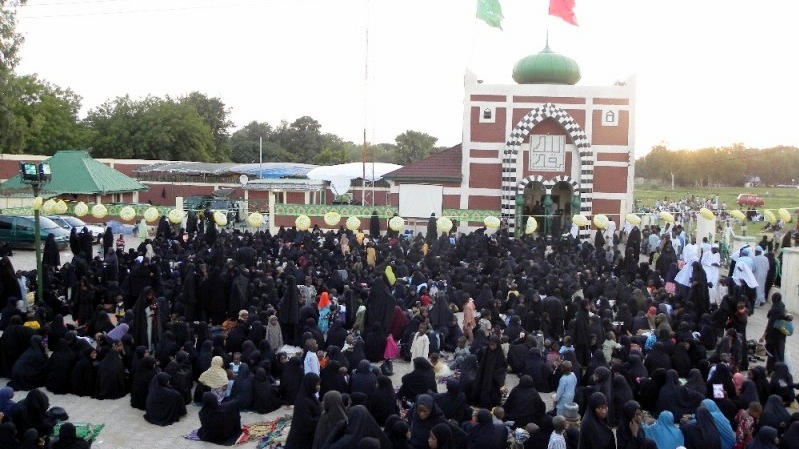 We in the Islamic Movement In Nigeria, under the blessed guidance of Sheikh Ibrahim Yaqub Zakzaky, are orderly and peace-loving people.

We are aspiring to uproot the corrupt, unjust, and exploitive order established by colonial masters, which never had our interest as a nation at heart. With this sublime mission and vision, we can never afford to undermine the importance of peace and orderliness.

Even our informed opponents and non-Muslim friends and neighbours who attend our programmes and rallies have attested to this. Our membership spans across all ethnic groups in Nigeria and beyond. And they ranked from school pupils to university professors. And from artisans to skilled professionals in both public and private sectors of the nation’s economy.

Thus orderliness and peace are core cardinals of our movement as aforementioned. And throughout our almost four decades of activities (from the mid 70s till date), there is no evidence that violence has even been associated with us. On the contrary, we have been victims of violence by almost all successive governments in Nigeria who choose to see us as a potential challenge to their embedded corrupt tendencies inherited from the selfish colonial system that gave birth to them.

A glaring example of innumerable atrocities and violation of our freedom of expression committed against us is the cold blooded attack carried out by western powers, teleguided by government through its army yesterday(25/72014). The unprofessional army yesterday heartlessly opened fire on our peaceful rally organised in solidarity with Palestinian people in Zaria.

Similar rallies were conducted in 22 cities in Nigeria and ended peacefully. Lagos and Port Harcourt inclusive. The army killed about 35 of our members in cold blood in Zaria, women and children inclusive. Among them are three illustrious sons of our revered leader; Mahmud, Ahmad and Hameed Zakzaky(RIP). This is a replica of what Israel is doing to

native Muslims and Christians of occupied Palestine. This same government and its army, in league with some unscrupulous media outfits, later turned round to shamelessly accuse us of having and using fire arms against the army.

Please, is it thinkable that anybody that intends to exchange fire with an army will bring along his wife and children? And if that accusation is anywhere near the truth, let the army show the world its casualties as we showed our killed, wounded and arrested members.

We therefore, are calling on the government to unconditionally release our arrested members and the bodies of our members murdered in cold blood held in their custody. So also they should desist from provoking us through further harassment. And they should note that no antagonism from them can never deter us in the smallest way from our mission. We are determined to pay same price as prophets and saints; martyrdom. And a word is said to be enough for the wise.

Ndayy Beloved, a member of the Sheikh Ibrahim Zakzaky-led Islamic Brotherhood in Nigeria, sent this to us through our Facebook page

LETTER: Whose idea was “Change Begins With Me” campaign?