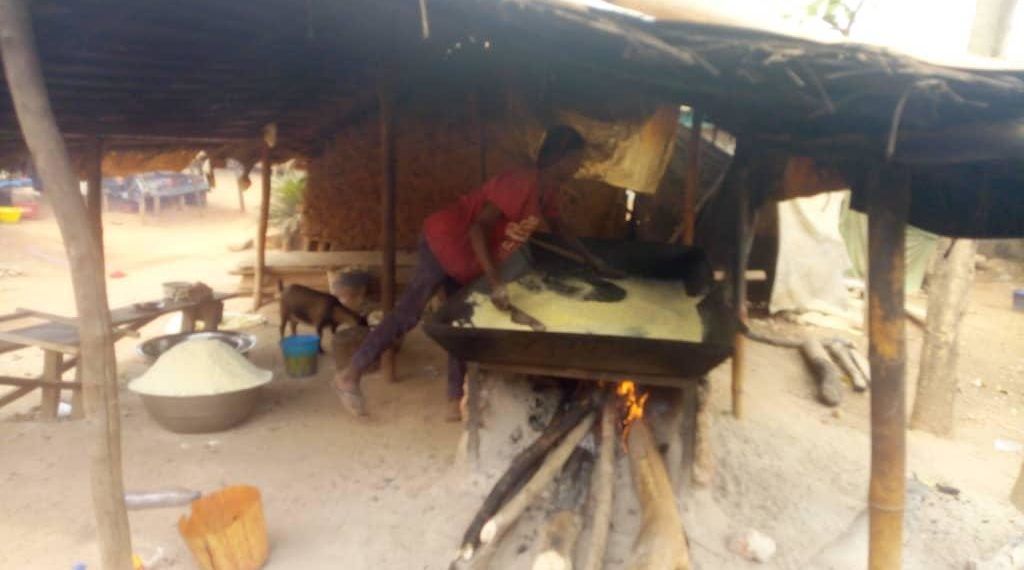 Farmers, experts and data explain why cassava, one of Nigeria’s most iconic foods, perennially remains insufficient and expensive.

Grace Ebit, a farmer in Ibogo, Biase Local Government Area of Cross River State, recalls her childhood with nostalgia. After her father lost his job in the mid-1960s, she dropped out of school and the family struggled to get food.

Her distraught father began to grow cassava and processed garri. That became the turning point.

“The business became big to the extent that we barely had free time to rest. Traders came from different states to buy garri in large quantities from us,” Mrs Ebit said.

Mrs Ebit said they were able to return to school later. She continued with the business for over two decades, supporting her family with it and sending her own children to school. Now 57, she says the business has been significantly different from what it used to be.

“I can’t boast of such production rate again, the land is not fertile anymore and there is a high level of insecurity in the farmland which made most farmers scared of going to farmlands,” she said.

For all the successes and failures of Nigeria’s agricultural sector over decades, there is an ironic reality: the country has never been able to produce enough of one of its most iconic food crops, cassava, a staple for millions across the nation.

And the low production has left the two most popular derivatives of the crop – garri and fufu – perpetually expensive despite huge spending by successive governments on the sector.

“The issue of cassava is that we do not take the crop seriously; the situation we are facing now is a wakeup call to everybody. We must be serious if we are to attain food security and sufficiency,” said Godwin Atser, programme manager for Cassava and Maize Value Chain Project at the International Institute of Tropical Agriculture.

“As long as the supply for the cassava is low due to the use of traditional/local varieties and inappropriate pattern of weed control, the price of its derivative will be high because the demand is high.” 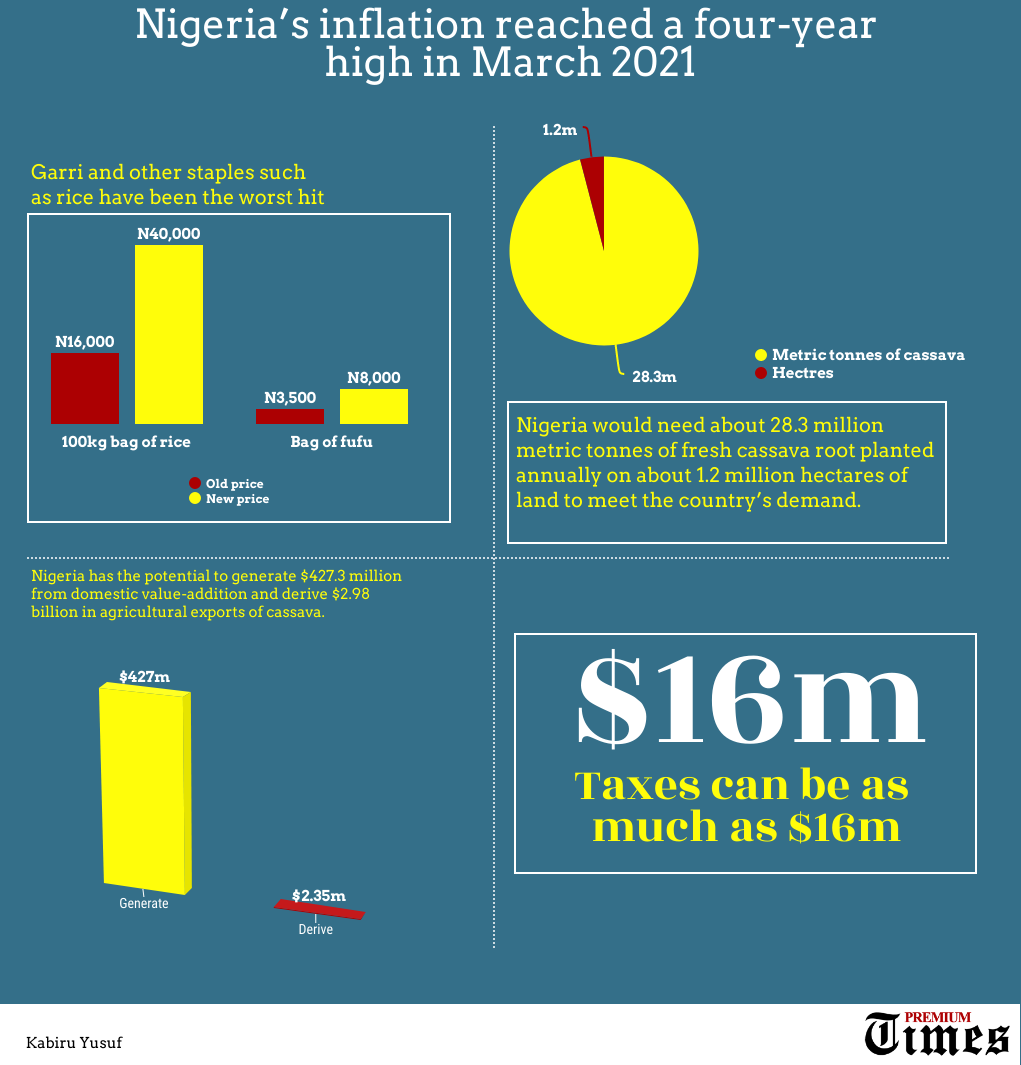 Millions in Nigeria rely on cassava for their daily carbohydrate needs, and the crop is a key raw material for industries ranging from food to pharmaceuticals. The crop is Nigeria’s second most widely grown crop in the country after maize, according to government data.

Ironically, the country has struggled for years to produce enough cassava for the local population. Even as the world’s largest producer of cassava, Nigeria still relies on imports to meet domestic demand.

Several factors including wrong policies, poor farming practices, lack of credit, unavailability of fertilizer, have ensured not much has changed under successive governments, despite huge investment in the sector.

PwC estimates that Nigeria would need about 28.3 million metric tonnes of fresh cassava root planted annually on about 1.2 million hectares of land to meet the country’s demand. In addition to garri and fufu, other derivatives are ethanol, cassava-based constituents in sugar syrup, high-quality cassava flour, cassava-based adhesives such as cassava starch, caustic soda, formaldehyde, hydrochloric acid and sodium silicate.

The report said Nigeria has the potential to generate $427.3 million from domestic value-addition and derive $2.98 billion in agricultural exports of cassava. Taxes can be as much as $16 million from the industry.

Despite the huge potential, Nigeria has never really had it too good with the crop – not even in the 1960s Mrs Ebit spoke about.

As a staple, cassava’s most popular food derivative, garri, is highly inflation-sensitive. In the 1980s, the prices of cassava products rose alongside galloping inflation of the military years, and one of the most memorable times was when one naira bought only two cups of garri between 1988 and 1989, up from multiple cups before.

Successive administrations have voted billions of naira through different intervention programmes to improve the cassava value chain, improve productivity and cut cost. As data and daily market costs show that has largely failed as the product remains largely insufficient.

In 1972 under Yakubu Gowon, the federal government introduced the National Accelerated Food Production Programme, focusing on bringing higher productivity of some staple foods including cassava through subsistence production within a short period of time. The programme was supported by government subsidy, credit, fertilizer, agrochemicals and research for improved varieties among others.

The programme made little progress, and was abandoned shortly after when the federal government withdrew funding due to the introduction of “Operation Feed the nation” in 1976 by the then military head of state, Olusegun Obasanjo.

In 1980, cassava production rate in the country fell due to the invasion of mealybug and other pests that destroyed cassava farms. Concerned about a possible food security crisis, the government in collaboration with International Fund for Agricultural Development (IFAD), introduced Cassava Multiplication Project to multiply, promote and distribute improved varieties to farmers to improve productivity and income.

Since then, several policy interventions have been launched by successive governments to improve not just cassava production but the entire food production in the country.

In 2002, cassava regained national prominence with the launch of a Presidential Initiative on cassava by the Obasanjo government. The plan was to use cassava as the base of growth in the country, to provide food, create revenue and jobs.

In 2019, the governor of Central Bank of Nigeria, Godwin Emefiele, said Nigeria imported $600 million worth of cassava derivatives annually, and assured the Nigeria Cassava Growers Association that challenges tormenting the industry in the past despite the huge investment would be addressed under bank’s Anchor Borrowers’ Programme (ABP).

A second problem is poor control of weed, a major inhibitor of cassava productivity that can cause as high as 90 per cent of yield loss. 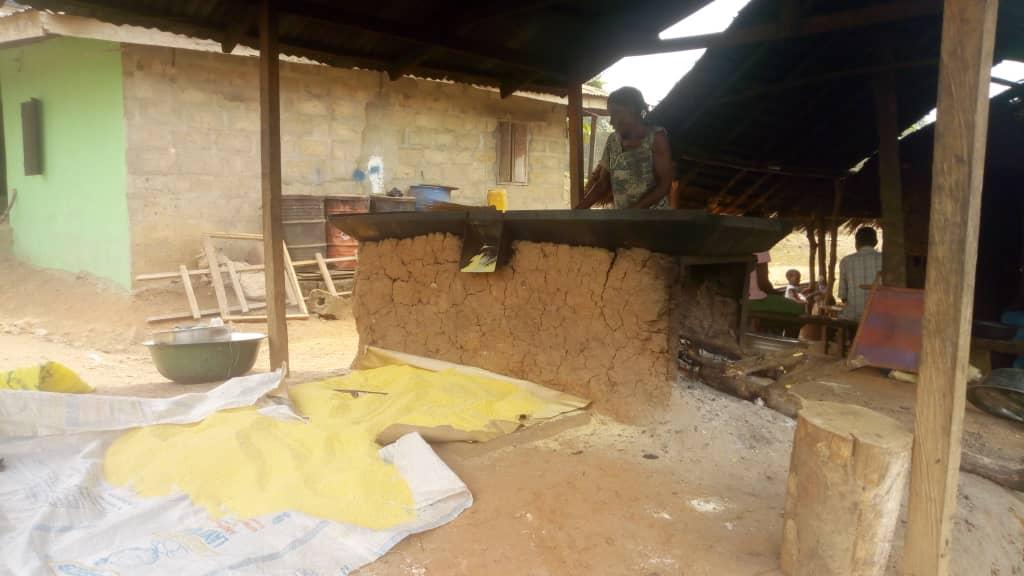 “As long as the supply for the cassava is low due to the use of traditional and local varieties and inappropriate pattern of weed control, the price of its derivative will be high because the demand is high,” he said.

There are other factors too, and the latest is insecurity, farmers interviewed said.

“I was advised to apply herbicide to help prevent weeds as this will reduce human effort in the farming, but the herbicide applied in the farm turned out to kill the cassava,” she told PREMIUM TIMES.

Obie Helen, a cassava grower in Eku village, Delta State, said supply has outpaced demand and there are no machines to accelerate production.

“The quantity we are producing is not enough because there is no machine to support human effort; therefore, there is scarcity of the product which has eventually raised the prices of its derivatives,” said Mrs Obie, who is the chairperson of Nigeria Cassava Growers Association, Delta State chapter.

She lamented that bad roads make it difficult to transport her farm produce, and said flooding was a problem too.

“If I have machines like tractors and garri processing equipment, my production definitely will increase. Like now, I can only fry two or three basins of garri a day, but if at all I have a machine that can process raw cassava to garri, I can produce even 20 or more basins in a day; same thing applicable with the farming of cassava,” she added.

Augustin Ogban of Akamkpa, Cross River State, said his challenge is having access to good seedlings, lack of fertilizer, credit and machines.

Based on PREMIUM TIMES investigation, a major challenge afflicting the sector is the lack of proper communication between the government, researchers and farmers.

While the National Root Crops Research Institute, Umudike, says it has developed several improved cassava seedlings, few farmers know about this or have access to them.

“A lot of farmers do not still know what we are doing, a lot of farmers still plant their local varieties, they don’t even have access to these varieties and most of these technologies are still on the shelves hanging, the farmers are not aware,” said Benjamin Okoye, Chief Research Officer, Cassava Research Programme at the institute, hosted by the University of Agriculture, Umudike, Abia State.

He said while the government was making efforts, farmers hardly benefit from those initiatives. He also said insecurity was a recent problem too.

To improve the productivity of cassava in the country, he said awareness must be created to help the farmers in best agricultural practices.

“The government has done a lot in terms of providing support to farmers in agriculture. Now, it is like a channel, the government might give the support and how it is disseminated to the farmers is another thing. And again how are the farmers using such support, some of them may use it for wrong purposes, therefore, proper supervision is needed in order to have higher productivity,” he added.

Mr Atser said the government should invest in seed system and collaborate with research institutes to develop a mechanism where seed (stem) can be developed in a sustainable manner so that farmers can have access to the improved varieties.

“There must be an information dissemination mechanism where local farmers can be empowered with basic information on weed control and how to access the improved seed varieties,” he said.

“Also, the government should invest in research and development of cassava because cassava is the crop that will save Africa from hunger.”