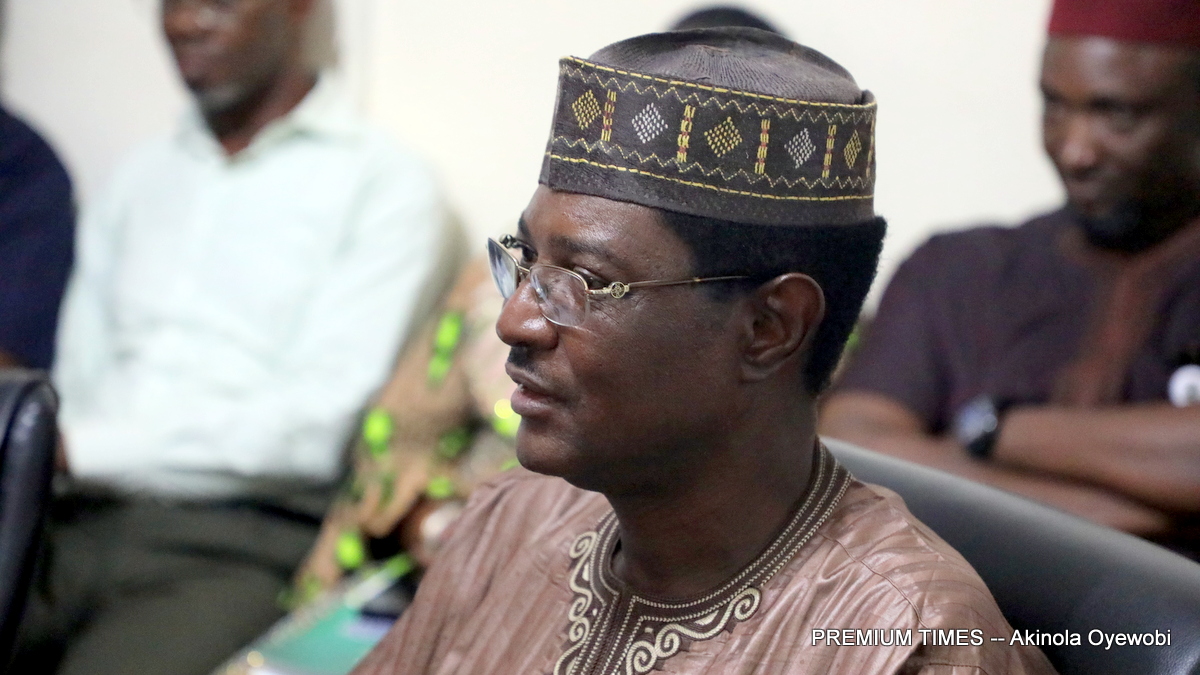 The BCDA, established to provide amenities to border communities in the country, has been exposed for procurement infractions in the past.

Records of payments made by the Border Communities Development Agency (BCDA) in the last quarter of 2019 have shown that four staffers of the agency were illegally paid N39 million.

BCDA is headed by Junaid Abdullahi, a son-in-law of President Muhammadu Buhari, who was appointed executive secretary on September 22, 2018.

Two senior officials of the agency who asked not to be named presented some vouchers with which the four officials were paid. They said the payments were for the travel expenses of the officials to training programmes and conferences.

The officials, however, declined to give an official breakdown of the expenses, the conferences attended, the amount spent on each, among others, for each of the beneficiaries.

A similar claim by officials of the border agency that the payments were for Duty Tour Allowances (DTA) to conferences is most likely false, this reporter found.

DTA is payable to government officials and civil servants travelling on official duty outside their duty stations. It is usually graduated according to salary scales, and the highest amount is N35,000 (thirty-five thousand naira only) – and that is for ministers, permanent secretaries and equivalent officials.

So assuming an official was on the road for the entire 92 days of October, November and December 2019, he or she will only be entitled to a maximum N3.2 million (at N35,000 per day).

But the officials into whose accounts BCDA made suspicious payments got far more than these and there is no evidence that they travelled on official duties for consecutive 92 days.

For instance, of the N20.1 million Murtala Baba got within the four months under review – the highest received by anyone in the period – N5.1 million was paid to him in the last week of December for the “inspection of some selected sites.”

The agency’s director of planning, inter-governmental and community relations, Ibrahim Kwajafa, on his part received about N12.1 million.

Also, the head of information unit of the agency, Israel Bob-Manuel, was paid about N3.8 million. Nearly the same amount (N3.77 million) that was paid into the account of an admin and HR specialist at the agency, Saubanu Lawal.

By making these payments the agency contravenes the provision of chapter 7, section 713 of Nigeria’s civil service financial regulation.

Agencies are by the provision  barred from paying personal money into government’s bank account, and under no condition “shall any public money be paid into a private bank account.”

“An officer who pays public money into a private account is deemed to have done so with fraudulent intention,” according to that section of the regulation.

BCDA declined to officially respond to an FOI request by this newspaper despite repeated requests for it.

The BCDA was established to provide basic amenities to border communities in the country.

The agency has, however, been exposed for a series of procurement infractions in the past.

In 2018, PREMIUM TIMES reported how procurement documents it obtained indicted the agency for shortlisting unqualified companies for a slew of federal contracts across the country – an allegation Mr Abdullahi admitted.

BCDA, at the time, shortlisted 33 companies for eight zonal intervention projects worth over N1.3 billion despite knowing that the companies did not provide evidence of tax compliance, one of the top two prerequisites which bidders must fulfill before they can be awarded federal contracts.

Mr Abdullahi said at the time that his agency awarded contracts to unqualified companies to “support small or upcoming firms”. The agency’s action breached section 23(1) of the Public Procurement Act (2007).

Also, a review of the 2019 budget of BCDA by this newspaper showed that the agency was one of the channels federal lawmakers routinely use to siphon public funds in the guise of constituency projects.

Budget documents also reviewed by this medium the previous year showed that at least 200 projects were padded under the budget of BCDA, and were shared among senators and members of the House of Representatives

This is the second part of a series of reports on how the nation’s ministries and agencies are breaching the law by making suspicious payments into private accounts of their employees and other private individuals.

Buhari felicitates with Nuhu Ribadu at 60

How I survived robbery attack along Abuja-Lokoja highway — Kogi monarch