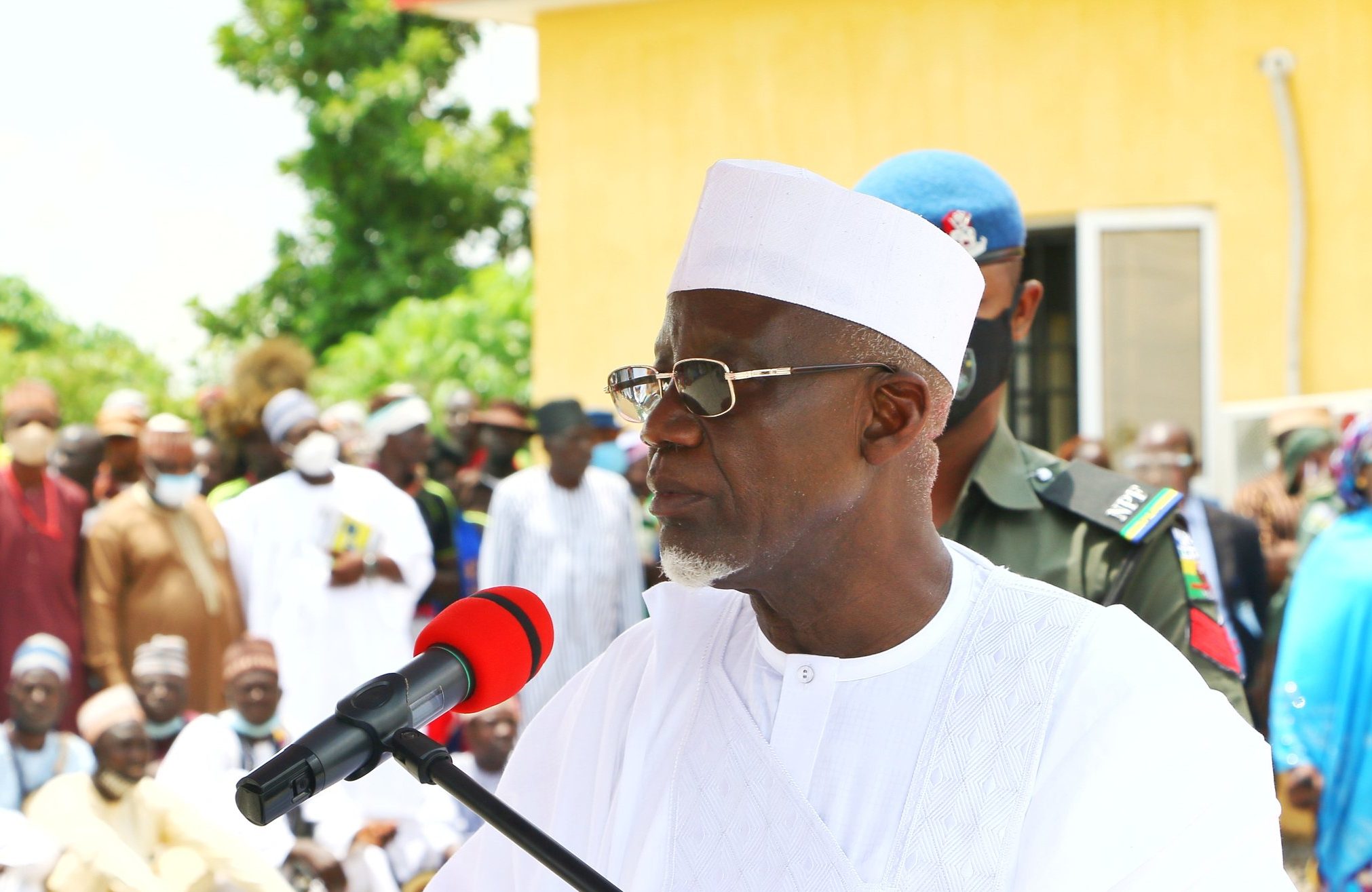 SCORECARD: How police affairs minister fared one year into office

President Muhammadu Buhari reintroduced the police affairs ministry in tandem with his electoral promise to secure the lives and property of Nigerians.

But a year after, these expectations have not materialised, PREMIUM TIMES reports.

Mr Buhari at the beginning of his first administration in 2015 merged the ministry of police affairs with the ministry of interior but the move was opposed by many Nigerians.

However, after his reelection in 2019, he separated the ministries. This separation was signalled by the appointment of Muhammad Maigari Dingyadi as the cabinet member to take charge of the ministry.

At the ministerial screening preceding the assignment to their various ministries, none of the lawmakers envisaged Mr Dingyadi was up for any office related to the security sector putting his curriculum vitae into consideration.

This is quite understandable because he had served in different ministries, including, but not limited to the Sokoto state ministries of education and water resources, as a civil servant.

Meanwhile, in his first outing as the police affairs minister, Mr Dingyadi reiterated that President created the ministry “to give special attention to police issues, with a view to repositioning the police for better service delivery.”

Asides the surge of insurgency and terrorism in the North-eastern parts of the country, Nigeria has been plagued with kidnapping and banditry across the country.

During a visit to the Inspector General of Police, Mohammed Adamu in October 2019, the Minister decried the alarming rate of insecurity and urged the Police Force to come up with new ideas.

Thereafter, PREMIUM TIMES had reported hundreds of violent deaths and kidnappings across the country.

To depict the worsening rate, a security report by the Council on Foreign Relations, Kaduna State revealed that not less than 142 people were killed in different violent attacks in the northern part of Nigeria in a week (July 18 to 24).

As contained in the same report, PREMIUM TIMES reported that no fewer than 44 others were also kidnapped in the region.

While police have deployed its special intervention squad to quell the killings in Kaduna State and some affected regions, some persons have raised concerns about the ineptitude of the Nigerian authorities.

Sultan of Sokoto, Muhammad Sa’ad Abubakar, recently said the Nigerian elites have failed the country by not addressing the insecurity ravaging parts of the nation.

Over the years, the Nigerian police force has been a haven for corrupt operatives and violators of human rights.

This seems not to have waned despite warnings from the police affairs minister and the IGP.

For instance, in the heat of the COVID-19 pandemic, the Nigerian Human Rights Commission (NHRC) reported that over 105 cases of rights abuse were documented within the country while law enforcement agents, majorly composed of police officers, were enforcing the initial lockdown.

Interestingly, at that time, COVID-19 had claimed 11 lives in the country but there were already eight documented incidents of extra-judicial killing leading to 18 deaths- majority perpetrated by police officers.

In addition, a PREMIUM TIMES investigation across the six geo-political regions of the country, exposed how police officers extorted motorists rather than arrest them for violating the interstate travel ban declared to curb the spread of the pandemic.

President Buhari’s assent to the Nigeria Police Trust Fund establishment Act and appointment of a board of trustees was a step in the right direction but the source of the funds has been a subject of an unsettled controversy.

Jide Ojo, a public affairs analyst and development expert, said if implemented well, the trust fund will solve the inadequacy of necessary equipment to combat insecurity.

According to the establishment Act, the source of funding for the Trust Fund shall comprise of 0.5% of the total revenue accruing to the federation account, take-off grants, aids, donations, and 0.005% of the net profit of companies operating businesses in Nigeria.

Meanwhile, the Chairman, Revenue Mobilisation Allocation and Fiscal Commission (RMAFC), Elias Mbam, described the series of requests made by the police affairs minister in this regard as a breach of constitutional provisions.

Mr Mbam said listing the sources of funding for the Trust Fund to include 0.5 per cent of the total revenue accruing to the Federation Account “was inconsistent with the provisions of Section 162(3) of the 1999 constitution as amended.”

The provisions did not include the Nigeria Police Trust Fund as part of the beneficiaries from the Federation Account accruals, he noted.

Mr Ojo advised that the controversy should be resolved for significant progress to be made.

“There would be significant progress in 2021 once the controversy has been laid to rest,” he assured.

“I am pleased to make the increase in salaries and allowances in the hope that it will increase the performance index of the police and strengthen Nigeria’s internal security system,” President Buhari told the force’s leadership in 2018.

The news was greeted with jubilation from officers and Nigerians who had envisaged that the increment would boost the morale of the force.

Two years on, the government is yet to walk its talk by implementing the upward review of salaries.

Multiple police officers who spoke with PREMIUM TIMES on the condition of anonymity bemoaned their poor salaries.

The police affairs ministry and a 13-man ministerial committee’s aim to recruit 400, 000 officers between 2019 and 2023, is a target that appears unrealistic considering the current realities.

At the inauguration ceremony of the committee in Abuja, the Permanent Secretary, Nnamdi Maurice Mbaeri, said this is in the pursuit of the next level agenda of President Buhari.

Meanwhile, the President has only approved 20,000 personnel for the 2019 and 2020 recruitment exercises.

In his reaction, Mr Ojo said the annual recruitment is not enough to solve the insecurity crisis.

In the last one year, under Mr Dingyadi, the force commissioned a crime control centre in Abuja, a crime and incident database centre and a new Police Mobile Force Training College in Nasarawa state.

The public affairs analyst said ”the commercialisation of some services rendered by the security force and accountability of its officials” are ways the government should explore.

“We need to fight corruption in the Nigeria Police. We can commercialise the activities to pull more resources for the force. For instance, people who want police protection like private organisation and individuals. Why can’t you make them pay into the government’s account?

“These people will give the monies to police commissioners but because the police are classified under social responsibility, the money is not accounted for because there are no receipts.”

Also campaigning for reforms, Festus Ogun, a legal affairs analyst, said the ministry has a lot of work to do.

“Now is not the time for the ministry to jubilate as the purpose of its creation will be defeated if Nigerians are apparently not seeing its impacts.”

He urged the federal government to see to the realisation of a radical reform of the institutional and constitutional framework of the police.

Many of the expectations of Nigerians for the ministry have not materialised.