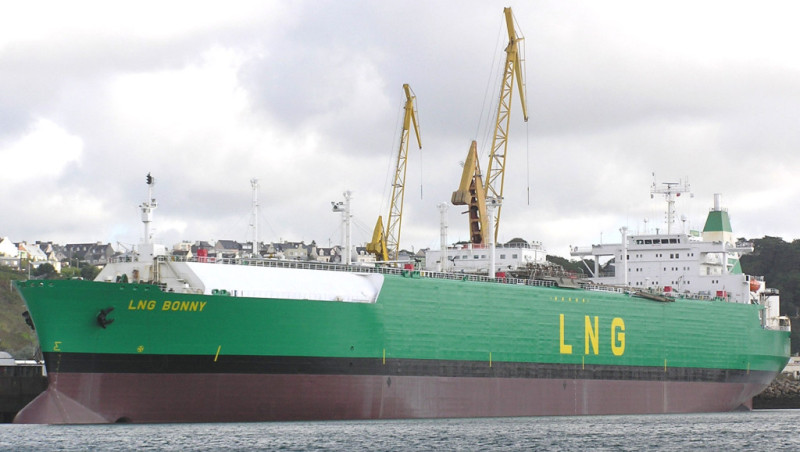 Nigeria earned at least $11.8 billion as dividends from the Nigerian Liquefied Natural Gas Company, and not $5.6 billion as claimed by former Nigerian governments led by the People’s Democratic Party, PREMIUM TIMES can confirm today.

The figure covers remittances due to have been paid to the Nigerian National Petroleum Corporation, NNPC, which holds 49 per cent shareholding in the NLNG, on behalf of Nigeria.

The remaining equities are held by Dutch firm, Shell, and its Italian counterpart, Eni/Agip.

After weeks of being rebuffed by different government agencies and the NLNG, over requests for the details of the remittances to Nigeria, PREMIUM TIMES arrived at the figure based on an analysis of payments to Agip, exclusively sourced by the paper.

The investigations showed that the Federal Government, through the NNPC, earned  $11.8 billion (about N2.5 trillion) as dividends from NLNG between 2004 and 2014.

The NLNG operated for at least 10 years under a controversial tax freedom holiday, called the pioneer status, which was granted by the Nigerian government. The incentive is usually given pioneer investors in new sectors of the economy to encourage more investments. In the case of NLNG, it was to trigger investment in gas.

Even with the tax relief, the government and other shareholders drew dividends from NLNG during the period, but the Nigerian authorities refused to provide details of how much was paid from 2004, under the Olusegun Obasanjo administration.

Controversy over the money started in June when the Nigerian Extractive Industry Transparency Initiative, NEITI, announced that it had uncovered that the NNPC failed to remit $11.6 billion paid by the NLNG.

In response, the NNPC spokesperson, Ohi Alegbe, said the matter had already been referred to the Inter-Ministerial Task Team (IMTT) for reconcilia­tion and resolution.

“At the last meeting of IMTT, it was resolved that the Minister of Petroleum, Chairman of NEITI, Execu­tive Secretary of NEITI and the Group Managing Direc­tor of NNPC should meet on the issue of NLNG dividends and report back to IMTT.

“Unfortunately, that meet­ing has not held. However, another meeting of IMTT is coming up next week and the issue will be taken up from there. NEITI, as a member of IMTT, is aware of the ongo­ing efforts to reconcile and resolve the issue of NLNG dividend remittance,” Mr. Alegbe said in a statement June 10.

He did not confirm or deny the amount in question.

By July, nearly a month later, the new federal government said it was disbursing $2.1 billion out of the NLNG funds to cash-strapped state governments to enable them clear backlogs of salaries owed workers.

The ruling All Progressives Congress accused the previous PDP government of diverting past remittances, an allegation denied by the PDP.

APC spokesperson, Lai Mohammed, said over $4 billion of the NLNG money was outstanding.

In its response on July 12, the PDP said the party’s previous administrations –from Obasanjo to Goodluck Jonathan— deserved praise than rebuke for saving the LNG funds for the new government.

The party’s spokesperson, Olisa Metuh, said since NLNG had been on a “10-year tax haven” (he probably meant tax holiday) until 2014, “successive governments, right from President Olusegun Obasanjo never shared nor tampered with the cumulative dividends over the years”.

He said as of May 29, when Mr. Jonathan left office, the NLNG dividend stood at a cumulative $5.6billion and “not a single cent was ever taken from the funds”.

Repeated attempts by PREMIUM TIMES to confirm that figure were rebuffed by all the relevant government agencies.

The Corporate Communications manager of NLNG, Tony Okonedo, said releasing the details to PREMIUM TIMES would amount to a breach of confidentiality.

“Any details on the dividends we (NLNG) paid to government, the best place to go is NNPC that received it. For us, we are very clear on what we paid,” he said.

The NNPC told PREMIUM TIMES that the corporation did not have any information on dividend payments by NLNG.

“Your best bet for such information would be NLNG, which made the payment,” Mr. Alegbe said.

Neither the NLNG nor the NNPC was forthcoming with information on their annual report and financial statements.

The ministry of finance and office of the accountant general also refused to provide details.

Eni to the rescue

Regardless, PREMIUM TIMES sourced Eni’s financial filings, and confirmed that the company received billions of dollars as its due of dividend since 2004.

A review of Eni’s consolidated financial statements showed that the company received €2.319 billion ($2.5 billion) as total dividends billion between 2004 and 2014.

The figure tallies with the $11.6 billion reported in the Nigerian Extractive Industries Transparency Initiative (NEITI) 2009-2012 Audit Report. The little difference might be as a result of fluctuating exchange rate.

Still, there is a discrepancy as previous reports show that the NLNG had announced in 2014 that it paid a total $13 billion as dividend to the government.

The firm’s managing director, Babs Omotowa, stated this when the company celebrated its 3,000th LNG export cargo in Abuja, in March.

He said Nigeria now owned $14 billion of assets on Bonny Island; $13 billion in dividends, another $11 billion earned in feed gas sales revenue, over $10 billion expenditure in local economy on goods, services and salaries of thousands of staff employed.