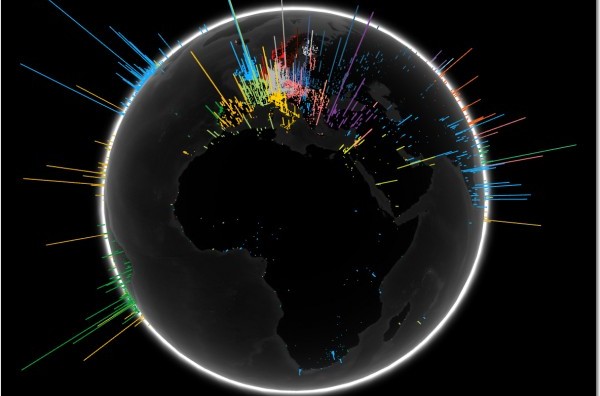 In the ongoing saga of African migrants seeking better lives beyond Africa’s shores, we are witnessing a tragedy of monumental proportions. Barely three weeks ago, almost 1,000 African lives were lost in a single incident. So colossal was this single incident that the European Union was forced to reverse itself on its search and rescue policy. And the Italian foreign minister declared that the human trafficking in the Mediterranean Sea is the 21st century equivalent of the European Slave Trade across the Atlantic Ocean that lasted for three centuries and has now been declared, retrospectively, a crime against humanity. Almost everyday since that major loss of African lives, more lives are lost. There has been absolute silence on the thousands of Africans who do not even make it to the Mediterranean coast and die on a daily basis in the treacherous Sahara desert.

What has been the African response to these calamities? We are not speaking of what is trending on the social media. We mean the reaction of those who have the welfare of ordinary Africans under their care: African governments and functionaries. It is not that their reaction has been muted; the simple unfortunate fact is that there has been little or no reaction. Silence has ruled while more and more Africans die.

The lack of reaction by African governments, especially our presidents and other top functionaries, who are easily more voluble on less important topics, is a scandal. They are our faces to the world. Given the diffusion of elected regimes across the continent right now, we dare say that their deafening silence and the indifference of the rest of us to this silence — there are no marches in any major African cities to signal that such indifference is unacceptable to the rest of us — indicate to the rest of the world that we ourselves think nothing of our fellow human beings, forget citizens, who are perishing in the stormy waters of the Mediterranean. We may be just as cynical in our lack of empathy for their tragic fates as are their fellow Africans who run the heinous trade in human flesh.

Then came the news that Pierre Nkurunziza, the president of Burundi, has been nominated by his party to run for a third term in office, something that, on one reading, is not allowed by the country’s constitution, but is clearly forbidden by the Arusha peace accord that ended the country’s long-running civil war that had claimed millions of lives. Of course, the president is splitting hairs regarding election and selection as modes of accession to office. The result has been the outbreak of protests, the murderous response to which by Burundi’s rulers has led to, at least, 10 deaths, and several injuries as well as the disruption of daily life in country. Scandalously, the country’s Constitutional Court has ruled that he is indeed entitled to a third term. The Deputy President of the Court who escaped from the country just before the verdict was announced has explained to the world the pressure and death threats used to obtain the verdict. Again, African leaders have been silent in the face of an individual’s blind ambition incinerating an entire country and casting the fate of its citizens to an uncertain future and fear-ridden present.

PREMIUM TIMES sees an intimate connection between the tragedy in the Mediterranean and that unfolding on the streets of Bujumbura and other cities across Burundi. When, perchance, on account of the mayhem orchestrated by their leader, Burundians decide to bet their lives, and find risking death preferable to staying at home, they become the new waves of Africans dying on the high seas.

It is not insignificant that the bulk of those thousand deaths from three weeks ago reportedly came from Eritrea. In exactly the same way that African leaders have maintained a deathly silence on the affairs of that African gulag, they are doing so respecting other African countries suffering from the plague of bad leadership. How can they speak about the human trafficking across the ocean without taking a stand on the domestic conditions that make it better to bet life on the sea than to stay in hopelessness at home?

The consequence, though, of our collective silence is that Africa seems again to indulge in moral abdication. In so doing, we yield the moral high ground to those who have always insisted that our humanity is missing a few key pieces.

PREMIUM TIMES condemns the indifference of Africans and our leaders to the plight of our fellow human beings trafficked wherever such takes place. We ask that the president of Burundi end his ill-fated and illegal third term bid and refrain from creating new pipelines to death and destruction in the Mediterranean. We cannot expect the world to respect us when we have not earned it. Moral abdication is a warrant for disrespect. We should shun it.