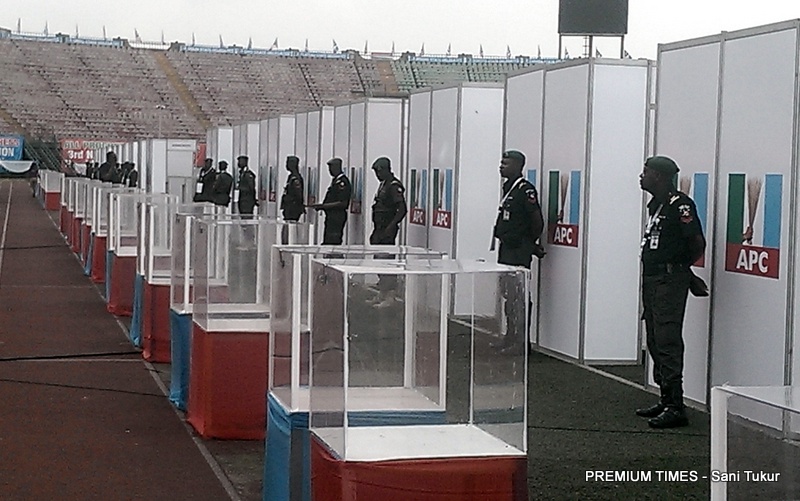 At least 8,000 delegates of the All Progressives Congress [APC] are gathering at Teslim Balogun Stadium in Lagos today – Wednesday – to pick the party’s flag-bearer for the February 14 presidential election.

The delegates, both elected and statutory, drawn from the 36 states and the Federal Capital Territory, FCT, will choose from the five aspirants who are asking to be the party’s candidate for the election.

Whoever of the five is selected at the primaries will face President Goodluck Jonathan, who is being ratified later today in Abuja as the candidate of the ruling Peoples Democratic Party [PDP], having earlier been chosen the party’s sole candidate.

In the last three months, the five candidates have traversed the country selling their programmes to party supporters ahead of today’s presidential primary.

So far, their campaigns have been decent, apparently in adherence to the party’s stern directive asking them not to engage in mudslinging and character assassination.

Discreet attempts by some party leaders to pick a consensus candidate among the aspirants were unsuccessful. All five contenders preferred to go into today’s contest, believing they could secure victory in a credible primary.

PREMIUM TIMES’ reporters, at Teslim Balogun Stadium, will bring in live updates and analyses of events at the APC convention.