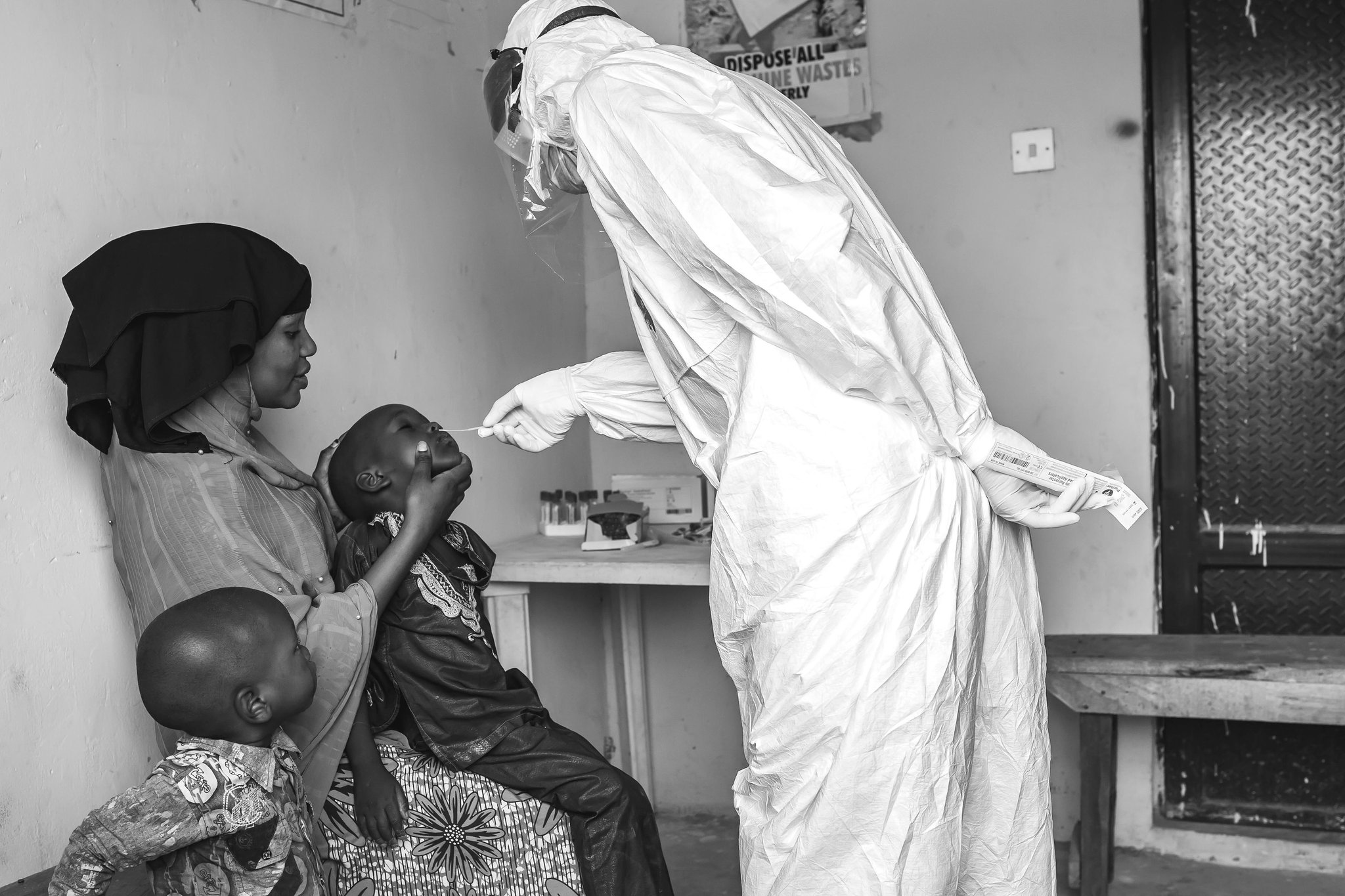 A family is being tested for COVID-19 in Nigeria [PHOTO: TW: @NCDCgov]

Nobody died from the disease on Wednesday as the country’s total fatality toll still stands at 2,118.

Lagos has once again topped the daily coronavirus infection chart with 32 out of the 44 new cases recorded in Nigeria on Wednesday.

This is according to a post on the official Facebook page of the Nigeria Centre for Disease Control (NCDC).

The update revealed that the 44 new cases raised the total number of infections in the country to 167,375.

Nobody died from the disease on Wednesday as the country’s total fatality toll still stands at 2,118.

A breakdown of the latest figures from the NCDC revealed that apart from Lagos, two other states and the Federal Capital Territory (FCT) contributed to the total tally on Wednesday.

The disease centre noted that Nigeria has tested a total of 2,266,591 samples from its roughly 200 million people.

Alleged Kidnapping: Evans’ trial stalled because ‘witness could no longer be reached via phone’