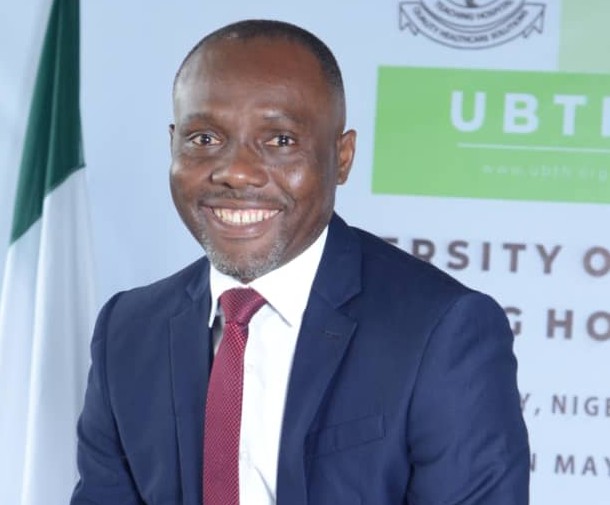 “UBTH is Nigeria’s second largest teaching hospital with a bed capacity of 850."

In it’s bid to attract patients from the West African sub-region and other parts of the world, the management of the University of Benin Teaching Hospital (UBTH) has embarked on a massive upgrade of its facilities and ancillary services.

The Chief Medical Director of UBTH, Prof. Darlington Obaseki, made this known on Monday while conducting journalists round the hospital’s facilities.

He said that the hospital had made conscious efforts since he became CMD in 2017, to either buy new equipment or refurbish old ones in order to change the face of health care delivery in the hospital.

“UBTH now offers world class medical services which, when combined with ancillary services especially in the area of hospitality, can make the hospital a centre for medical tourism in the West Africa sub-region.

“UBTH is Nigeria’s second largest teaching hospital with a bed capacity of 850, average bed occupancy rate reaching 70 per cent (pre COVID-19) and an average clinic attendance of 26,000 per month.

“This makes it one of the most utilised public hospitals in Nigeria.

“We have since 2017, upgraded virtually every aspect of our services to accommodate patients from any part of the world,’’ he said.

According to him, there have been expansions and upgrades on UBTH’s oncology services, including the installation of a brachytherapy machine.

“We have also successfully commenced laser lithotripsy and laparoscopic surgeries and expanded our dialysis services with a 10-bedded dialysis centre.

“The hospital will soon resuscitate its stem cell transplant programme which has remained moribund after its first successful surgery in 2011.

“The hospital successfully conducted a cell transplant surgery on a seven-year-old sickle cell anaemia patient, becoming the first hospital in Africa after Egypt and South Africa.

“Since 2017, we have improved our infrastructure, expanded the use of electronic medical records, and purchased high-end medical and diagnostic equipment such as endoscopic equipment, nano particle-sensitive chemiluminescence immunoassay anlyser and C-Arm fluoroscopy machines, among others.’’

Mr Obaseki said: “The management has doggedly and consistently galavanised staff, reorienting their psyche to internalise new core values which are in tandem with global best practices for healthcare delivery in the 21st century.

“Recently, our Urology Unit of surgery department commenced Laser Lithotripsy which is another first by any public hospital in Nigeria.

The UBTH CMD also disclosed that the hospital now has several ancilliary services to support its quest for making UBTH a destination of in-bound medical tourism.

This, he said, includes Premium Services, established to meet the needs of clients from any part of the world seeking access to specialised services offered by the hospital.

“This is located in a tastefully furnished and well equipped administrative building where clients are received in a lounge.

“Six private rooms equipped with state of the art facilities such as nurse call system, cable television and other amenities are now available.

“Every client on this service is assigned to a staff to fast track their access to services within the hospital.

“UBTH is the only hospital in the world with a golf course , a straight 18-hole golf course, with a hotel and club house attached.

“This was strategically done by the founding fathers to provide the requisite environment for healing and recuperation of clients.

“Thus, caregivers, staff and visitors to the hospital could also recourse to the facility for sports and recreation,” Obaseki said.

According to her, this has been supported by the establishment of an executive wing of the hospital, upgrade of existing clinical services and advanced clinical procedures and interventions.

“We want to become a global brand for clinical excellence, best practices.

“ For us to be at our best, we must engage in continuous professional development.

“Also, there is a lot of academic activities that go on in this place too,’’ she said.

How To Lead From Wherever You Are, By Babafemi Ojudu