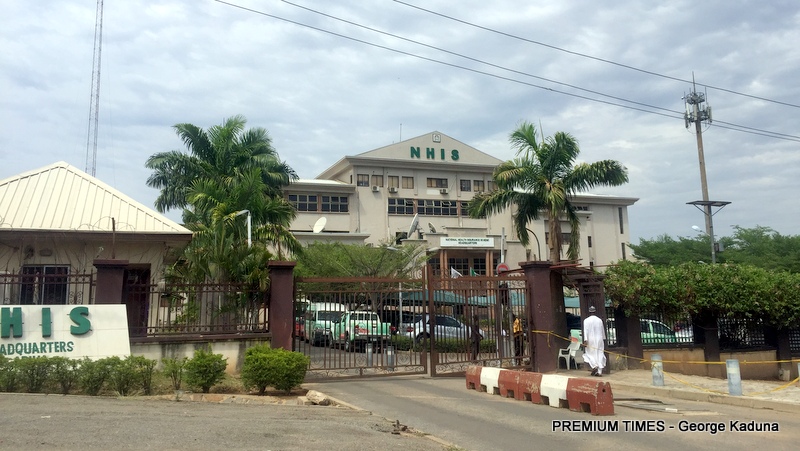 About 70 per cent of Nigerians pay out-of-pocket for healthcare.

Nigeria needs to set about N3 trillion aside annually to provide adequate health insurance to its total population of about 200 million, an official has said.

According to the Executive Secretary of the National Health Insurance Scheme (NHIS), Mohammed Sambo, with sufficient funds in the health insurance pool, the scheme will expand its benefits package to include medical conditions such as cancer, which are currently excluded.

Mr Sambo said this during a courtesy call on the Managing Director of the News Agency of Nigeria (NAN) in Abuja, a statement by the scheme’s spokesperson, Emmanuel Ononokpono, highlighted.

Because of the huge out-of-pocket spending for health services, which often leave average and poor Nigerians in penury, the government established the NHIS in 2005.

But despite billions pumped into the scheme since its inception, millions of Nigerians still lack access to quality healthcare.

About 70 per cent of Nigerians pay out-of-pocket for healthcare while the few enrolled in the scheme complain of inadequate service delivery.

Observers say the scheme only covers between five and 10 per cent of the Nigerian population, mainly civil servants and corporate workers in the private sector.

But Mr Sambo, the NHIS boss, argues that such figures are “wrong, fictitious and unjustifiable” because “there are no denominators for the total population the scheme is expected to cover.”

The relative poor coverage of the scheme has been traced to the structure of the scheme, which has been tainted with financial irregularities, leadership crisis and legal encumbrances.

Over N400 billion has been disbursed to the HMOs, who have operated freely without a probe.

Mr Sambo did not give a detailed explanation on how the N3 trillion would ensure coverage for all Nigerians.

He, however, explained his administration’s efforts at expanding coverage. He said the establishment of a Catastrophic Fund was being planned to specifically address terminal ailments, the statement said.

Mr Sambo disclosed that all processes to enroll members of the National Youth Service Corps (NYSC) into the NHIS have been finalised and coverage will commence upon the release of funds by the government for that purpose.

He added that plans to extend health insurance coverage to the elderly and retirees have reached an advanced stage.

While acknowledging the challenges of drug provision within the health insurance system, he expressed the optimism that the NHIS’ collaboration with drug manufacturers, in a plan that will affect direct supplies to hospitals, will ensure affordability and availability.

Emphasizing the importance of an efficient system where concerned parties observe laid down rules, the official disclosed that the debt reconciliation exercise directed by the scheme between HMOs and HCPs yielded the paying back of N2 billion to hospitals, adding that complaints from facilities about payments have dropped significantly.

Highlighting the history of the NHIS, Mr Sambo stated that the reforms initiated under his watch had brought stability to the scheme and were rapidly steering it towards the attainment of Universal Health Coverage (UHC).

Mr Sambo, a professor, was appointed to head the scheme in June 2019, following the sack of the erstwhile controversial executive director, Usman Yusuf, by President Muhammadu Buhari.

In his maiden interactive session with staff of the scheme at its corporate headquarters in Abuja, Mr Sambo launched his three-point ‘rebranding agenda’ for the scheme.

This, he said, would resolve the crisis which has beset the scheme since inception and restore public confidence in it.

In the statement, Mr Sambo said there should be a nexus between the scheme’s attainment of its goals and the imperatives of information dissemination by the media.

He recognised the role of NAN within the country’s media space, describing it as preeminent.

The professor also appreciated what he described as a “growing acceptability of the scheme by the public”.

Speaking during the visit, the managing director of NAN, Buki Ponle, stated that the agency practices development journalism, adding that NAN had changed the narrative in reporting Africa through development issues.

According to him, “we try as much as possible to report adequately and proffer solutions to issues… we identify and emphasise with humanity.”