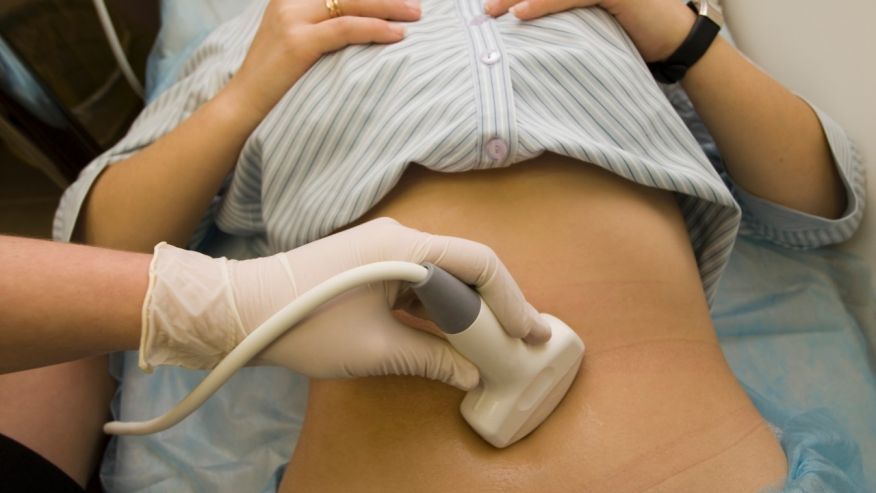 Ultrasound session used to determine if a woman is pregnant. [Photo credit: http://www.arcc-cdac.ca]

The report says the vast majority of stillbirths occur in low- & lower-middle-income countries due to poor health care.

About two million stillbirths are recorded each year globally, according to the UN’s first-ever estimate of the problem.

The report says the vast majority of stillbirths occur in low- & lower-middle-income countries and are due to poor health care.

Published by the United Nations Inter-agency Group for Child Mortality Estimation (UN IGME), which constitutes representatives of the United Nations Children’s Fund (UNICEF), the World Health Organization (WHO), the World Bank Group, and the United Nations Population Division, stillbirth estimates were reviewed by countries through a country consultation process but are not necessarily the official statistics of United Nations member states, which may use a single data source or alternative rigorous methods.

According to the report titled, ‘A Neglected Tragedy: The global burden of stillbirths’, it says “One stillbirth occurs every 16 seconds. This means that every year, about 2 million babies are stillborn.

“This loss reaches far beyond the loss of life. The psychological costs, such as maternal depression, are profound, not to mention the financial consequences for parents and long-term economic repercussions for society.

“Though the difficult impacts on families – and most especially on women – are severe and long lasting, stigma and taboo hide the hardship of stillbirths, even in high-income countries.

“But this traumatic loss of life remains a neglected issue. Stillbirths are largely absent in worldwide data tracking, rendering the true extent of the problem hidden. They are invisible in policies and programmes and underfinanced as an area requiring intervention.

“Targets specific to stillbirths were absent from the Millennium Development Goals (MDGs) and are still missing in the 2030 Agenda for Sustainable Development.”

“Over the past two decades, progress in lowering the stillbirth rate has not kept pace with achievements in saving mothers’ lives or those of newborns in the first 28 days of life. In the first two decades of this century, the annual rate of reduction in the stillbirth rate was just 2.3 per cent, compared to a 2.9 per cent reduction in neonatal mortality and 4.3 per cent among children aged 1–59 months.

“And in some high-income countries – despite very low levels of neonatal mortality – more stillbirths than neonatal deaths occur, and in some cases, even surpass the number of infant deaths.

Slow progress in preventing stillbirths means the losses have been enormous. In the past two decades, the world suffered a total of 48 million stillbirths. If current trends continue, an additional 20 million stillbirths will take place before 2030, placing an immense and unjust strain on women, families and society.

“Why are we losing so many babies before they take their first breath? Why is progress in reducing the stillbirth rate so slow? There are a variety of reasons: absence of or poor quality of care during pregnancy and birth; lack of investment in preventative interventions and the health workforce; inadequate social recognition of stillbirths as a burden on families; measurement challenges and major data gaps; absence of global and national leadership; and no established global targets, such as the Sustainable Development Goals (SDGs).

“What makes these deaths even more tragic is that the majority could have been prevented with high-quality monitoring and care antenatally and at birth. Over 40 per cent of all stillbirths occur during labour – a loss that could be avoided with improved monitoring and timely access to emergency obstetric care when required.”

“The health community recognises the urgent need to prevent stillbirths; the issue has become an essential part of global child survival initiatives and goals.

“The United Nations’ Global Strategy for Women’s, Children’s and Adolescents’ Health (2016–2030) includes stillbirths in its vision, “An end to preventable maternal, newborn, child and adolescent deaths and stillbirths”, and urges for stillbirths to be prioritized.

“The Every Newborn Action Plan (ENAP), which was endorsed by 194 WHO Member States, calls for each country to achieve a rate of 12 stillbirths or fewer per 1,000 total births by 2030 and to reduce equity gaps, particularly in countries that have already met the stillbirth target. The stillbirth rate is a sensitive indicator of quality of care in pregnancy and childbirth and a marker of a health system’s strength.

“International organizations, governments and other partners must act urgently to avert stillborn deaths and ensure that every woman is being supported through pregnancy and childbirth by trained health care providers. Stakeholders can demand health care for all to fulfil the promise of universal health coverage and help keep every child alive.

“Timely, accurate recording and counting of stillbirths is essential to understanding the scale and geographic distribution of the problem and working to solve it.

“To prevent stillbirths, we need to provide data and evidence to answer various questions. Where are stillbirths occurring? Where has progress been made? Which countries must accelerate progress? What must be done to stop this unnecessary loss of life?”

Ondo 2020: Why Jegede, Ajayi, others should accept defeat — YIAGA