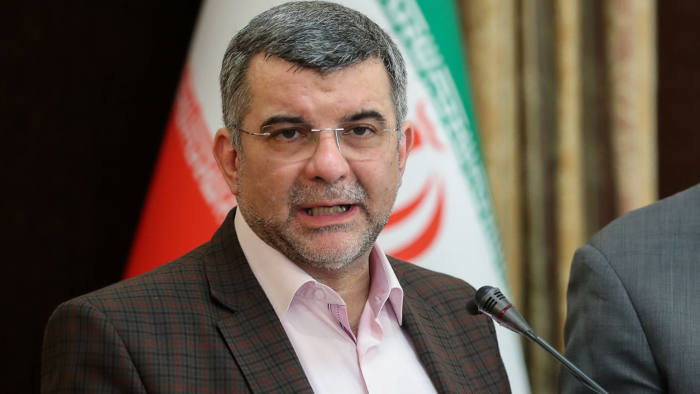 Iran, like others, is battling the scourge of the ongoing outbreak.

The disease which was detected in Wuhan, Hubei Province in China has spread around the country and to over 30 countries.

Since the outbreak in Iran, about 15 people have been killed.

The deputy health minister was spearheading the country’s efforts to contain the coronavirus before he contracted the disease.

Mr Harirchi, in a video released on Tuesday, admitted that he too had Covid-19 (ailment) and that he was self-isolating and starting the medication.

“I had a fever as of last night and my preliminary test was positive around midnight. I’ve isolated myself in a place since… and now I am starting medication.

“We will definitely be victorious against this virus in the next few weeks,” he said.

Mr Harirchi was seen mopping his brow repeatedly at a news conference on Monday when he denied the authorities were lying about the scale of the Covid-19 outbreak.

He was coughing occasionally at the conference and appeared to be sweating heavily.

During the briefing, the minister denied a claim by a member of parliament that the authorities were engaged in a cover-up.

The Iranian government has reported 95 cases, but the actual number is thought to be higher.

Ahmad Amirabadi-Farahani alleged that ”Covid-19 had arrived in Qom three weeks ago and that 50 people had died in the city alone”.

Meanwhile, WHO Director-General, Tedros Ghebreyesus, on Monday had said the sudden increase in cases in three countries, Iran, South Korea, and Italy was “deeply concerning”.

Although WHO does not consider the outbreak to be a pandemic yet, countries have been advised to strengthen their surveillance, preparedness and health security.

“We are not witnessing the uncontained global spread of the virus. Does this virus have pandemic potential? absolutely it has, are we there yet? From our assessment, not yet,” said Mr Ghebreyesus.

Iran is one of three global hotspots causing great concern among health experts.

However, unlike in Italy, Iranian officials are refusing to impose quarantines in areas affected by the outbreak.

They say quarantines are old-fashioned and that they do not believe in them.

Statistics from the outbreak revealed that more people have died in Iran from the virus than anywhere else outside China.

As of February 24, the Chinese national health commission said 77,658 confirmed cases reported in the Chinese mainland, 64,786 cases in Hubei and 47,071 cases in Wuhan.

China is the epicentre of the outbreak and Wuhan is where the virus originated.

Also, the total number of confirmed cases in Hong Kong, Macao, and Taiwan has risen to 121.