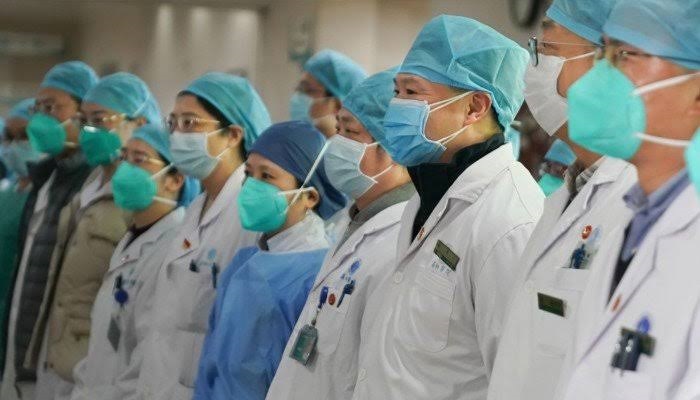 The World Health Organisation on Thursday declared the ongoing coronavirus outbreak as a global threat.

This decision was made after the reconvened emergency committee met in Geneva to determine the status of the disease.

Director-General, Tedros Ghebreyesus’ announcement is coming a week after the emergency meeting had said that the disease had not attained a level of global concern.

The outbreak started from Wuhan province in December and as at January 28, has spread across all provinces except one in the country.

As at the time of reporting, WHO said the disease has been ‘exported’ to 18 countries and there are uncertainties as to how many countries would be reporting confirmed cases of the disease any time soon.

The ongoing outbreak has become a global concern as public health agencies around the world have been on high alert since the report of the outbreak of the novel coronavirus in China.

As at the time of declaration, more than 7700 cases have been confirmed, and 170 people have died in China.

Also, there are 82 additional cases confirmed in 18 countries.

Mr Ghebreyesus, on his twitter handle @DrTedros, said “for all of these reasons, I am declaring a public health emergency of international concern over the global outbreak”.

Mr Ghebreyesus had visited China on Tuesday to assess the real time status of the disease in the country and discuss with health experts working in the field on how they have been handling the situation.

He had met with the president of China, President Xi Jinping, after which he said he has “absolutely no doubt about China’s commitment to transparency, and to protecting the world’s people”.

Mr Ghebreyesus had called for the reconvening of the emergency committee less than 24 hours after his return from China.

The committee members after the meeting all agreed that that the outbreak now meets the criteria for a Public Health Emergency of International Concern (PHEIC).

In making the announcement, WHO leaders urged countries not to restrict travel or trade to China, even as some have shut down borders and limited visas.

Mr Ghebreyesus said though the UN agency has declared the disease a global threat, countries need to focus on recommendations for preventing the spread of the 2019nCoV virus and ensure a measured and evidence-based response

“More important than the declaration of a public health emergency are the committee’s recommendations for preventing the spread of the 2019nCoV virus and ensuring a measured and evidence-based response.

“There is no reason for measures that unnecessarily interfere with international travel & trade. We call on all countries to implement decisions that are evidence-based & consistent. WHO stands ready to provide advice to any country that is considering which measures to take.

“To the people of China and to all of those around the world who have been affected by this outbreak, we want you to know that the world stands with you,” he added.

With this announcement, countries are expected to heighten their disease surveillance as it has been confirmed that the disease can be transmitted from person to person.

Many countries including Nigeria have heightened security in ports and airports. Hong Kong for example, has closed some of the borders it shares with China mainland and has also reduced the movement between China and the city.

The Nigeria minister of Health, Osagie Ehanire, had also advised Nigerians and non-Nigerian planning to travel to China to suspend their trip till further notice, unless it is of utmost importance.

However, despite the developments, Mr Ghebreyesus said “this is not the time to stigmatise China.”

Meanwhile, the committee, in the statement, said the declaration “should be seen in the spirit of support and appreciation for China, its people, and the actions China has taken on the frontlines of this outbreak, with transparency, and, it is to be hoped, with success.”

The head of the emergency committee, Didier Houssin, said in line with the need for global solidarity, the committee felt that a global coordinated effort is needed to enhance preparedness in other regions of the world that may need additional support for that.

They also said their greatest concern is the potential for the virus to spread to countries with weaker health systems, and which are ill-prepared to deal with it.

“We are working diligently with national and international public health partners to bring this outbreak under control as fast as possible.

“In total, there are now 7834 confirmed 2019nCoV cases, including 7736 in China, representing almost 99 per cent of all reported cases worldwide. 170 people have lost their lives to this outbreak, all of them in China.

“We must remember that these are people, not numbers.We must support countries with weaker health systems. We must share data, knowledge and experience with WHO and the World,” he said.

WHO also added that the only way to defeat the outbreak “is for all countries to work together in a spirit of solidarity and cooperation.”