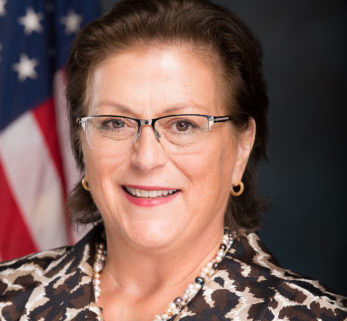 United States Consular General, Claire Pierangelo, has called for the removal of user-fees for people living with HIV/AIDS in the country.

According to her, such fees constitute a major barrier to people living with HIV/AIDS in the country.

The official also called for the elimination of antenatal care charges for pregnant women living with the virus, and other barriers hindering PLHIV from accessing health services.

“The United States remains committed to supporting Nigeria as it works to reduce and ultimately eliminate the scourge of HIV/AIDS among its people,” Consul General Pierangelo said.

She noted that the increased funding to make antiretrovirals available would enable more people living with HIV to lead healthy, productive lives until the day a cure is found.

The official made the call during the formal launch of the Anti-Retroviral Treatment (ART) surge program in Enugu State.

The program is administered by the U.S. Centers for Disease Control (CDC) under the U.S. President’s Emergency Plan for AIDS Relief (PEPFAR).

It aims to rapidly identify and provide treatment to approximately 43,000 people living with HIV who have not previously received such treatment, by September 2020.

The programme is being implemented in Enugu by PEPFAR’s implementing partner, the Catholic Caritas Foundation of Nigeria (CCFN).

At the event, the Consul General noted the U.S. government’s $75 million budget increase for HIV control activities in Nigeria, with an increased focus on Enugu State for the ART surge activities.

He said the disbursement of the additional PEPFAR HIV funds is contingent upon the Nigerian federal and state governments reducing or eliminating financial barriers to PLHIV access to services, in particular fees charged by healthcare facilities for non-essential services or those already provided by PEPFAR.

He said the U.S. Government recently announced the support to Akwa Ibom, Rivers and Enugu states for the launch of an ART Surge, a programme designed to put an additional 500,000 people living with HIV on treatment.

“The 500,000 people would be in addition to the more than 700,000 people already on treatment as part of the overall PEPFAR intervention,” she said.

Mr Pierangelo thanked Governor Ugwuanyi for his commitment to work with all stakeholders, as well as his general cooperation with the U.S. government.

According to a U.S.-supported Nigeria HIV/AIDS Indicator and Impact Survey, about 1.9 million people are still living with the virus in Nigeria.

These people require appropriate medical treatment to live a normal and healthy life.

Police in Anambra reunite kids stolen from Gombe with parents