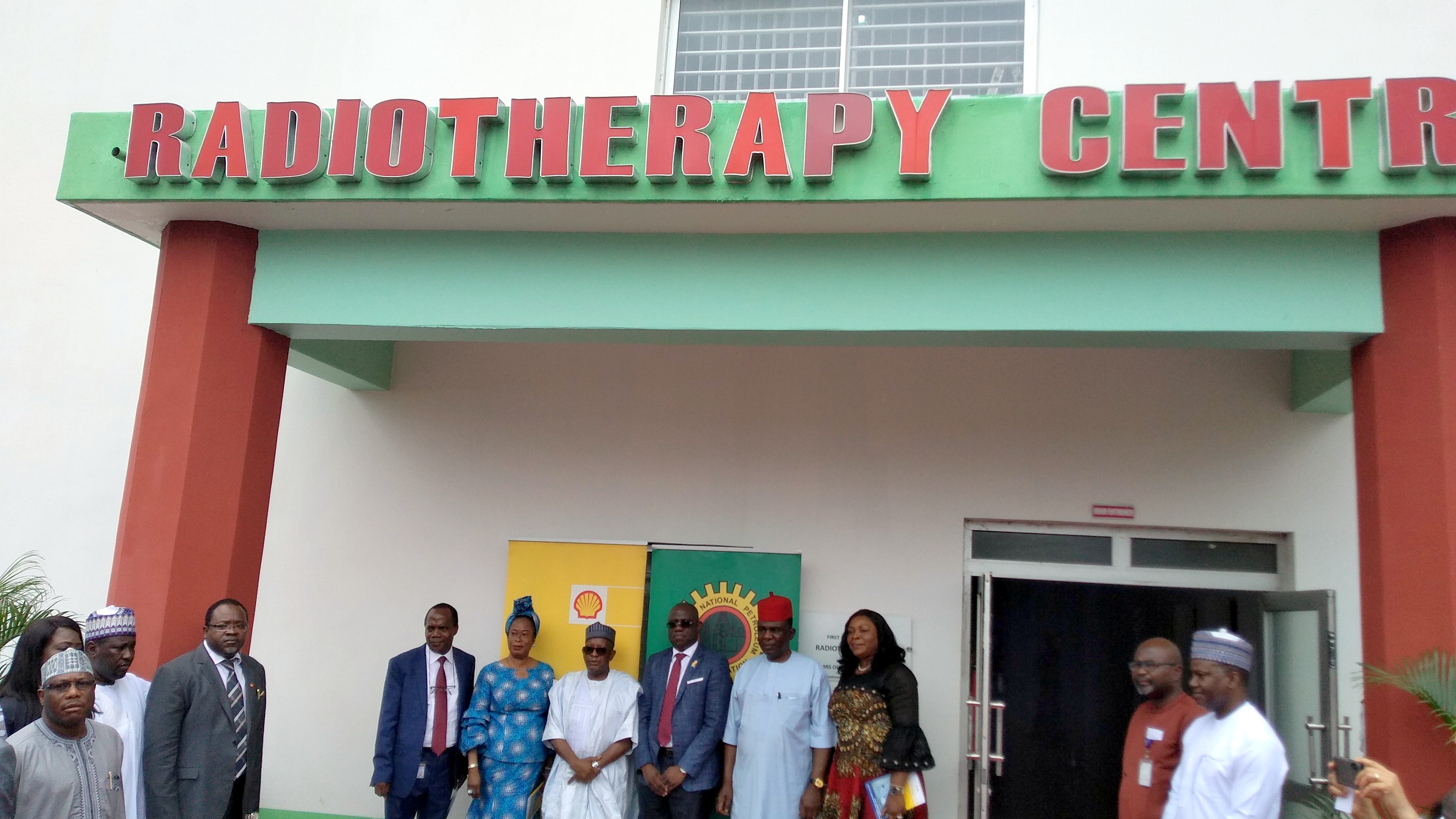 The National Hospital in Abuja has received a new radiotherapy machine.

The machine, donated by the Nigerian National Petroleum Corporation (NNPC) and Shell Nigeria Exploration and Production Company (SNEPCo), is used for radiation treatment of cancer patients.

The device delivers high-energy x-ray or electrons to the patient’s tumour region.

The new machine is expected to enable the hospital attend to indigent cancer patients who cannot bear the brunt of treatment costs, officials said.

With the new addition, the hospital can now boast of two functional radiotherapy machines.

At the launch of the machine on Friday, Vice President Yemi Osinbajo who was represented by the permanent secretary at the health ministry, Abdullahi Mashi, said the equipment will open up a new vista to cancer treatment in Nigeria.

He decried countless lives lost to the terminal illness in the country, a situation he said government and other cooperate organisations are partnering to alleviate.

Mr Osinbajo said two of such machines would subsequently be installed in Zaria and Ibadan.

Also speaking, the Group Managing Director of NNPC, Mele Kyari, explained how the initiative was hatched by both oil companies as a civic responsibility.

Mr Kyari was represented by a Group Manager, Nduka Mmadu. He urged other institutions and organisations in the country to invest massively in the health sector.

“If we are not healthy, we cannot contribute our quota to the country’s economy,” he said.

Bayo Ojulari, the managing director SNEPCo in his remark said apart from donating the equipment, a maintenance and operational structure has been put in place as an initiative to maintain the machine.

“We have built up the skills of health workers critical to the operation and maintenance of the radiotherapy machine and supporting facilities.

“An advisory committee, made up of SNEPCo, National Hospital officials, and representatives of the health ministry, will govern and put a monitoring and maintenance plan in place to ensure that the facility is operated in a sustainable manner”, he noted.

The Chief Medical Director of the hospital, Jaf Momoh, thanked the oil companies and described the equipment as “state of the art”.

“This state-of-the-art equipment is the best you can find anywhere in the world in terms of speed, durability and ruggedness, and patients will no longer be interrupted during routine equipment maintenance,” he said.

He said the hospital had been constrained to take in indigent Nigerians. “With this new machine, poor Nigerians can now have access.”

The medical director explained how the hospital has evolved in cancer treatment over the years. “We have come a long way”, he said.

“We received our first cancer machine in 2000 and in 2012 we built a cancer complex with state-of-the-art equipment. After some years, it became obvious the machine was old and needed change.

“So in 2017, we received a second linear accelerator where 850 patients were treated in 20 months with over 25, 000 cycles of radiotherapy sessions. Normally, it takes about 15 minutes for each round of treatment, but with two functional machines, it will now take just two minutes for a round of treatment.”

Radiotherapy is one of the key routines in the painful fight against cancer. A cancer patient often needs the treatment at one point or the other. Experts say it is often better not to start it than to have a break in the sessions.

Access to radiotherapy treatment has been the bane of cancer patients in Nigeria.

Apart from the new machines at the Abuja hospital, Nigeria could only boast of eight government-owned radiotherapy machines located in different areas in the country.

Unfortunately, many of the machines have broken down and those functional are not functioning at full capacity.

Most have broken down as a result of overuse, old age and lack of proper maintenance, and cannot get fixed due to lack of spare parts and relevant technical expertise.

The Chief Medical Director advised Nigerians to modify their lifestyles to prevent the ailment as access to treatment is not countrywide yet.