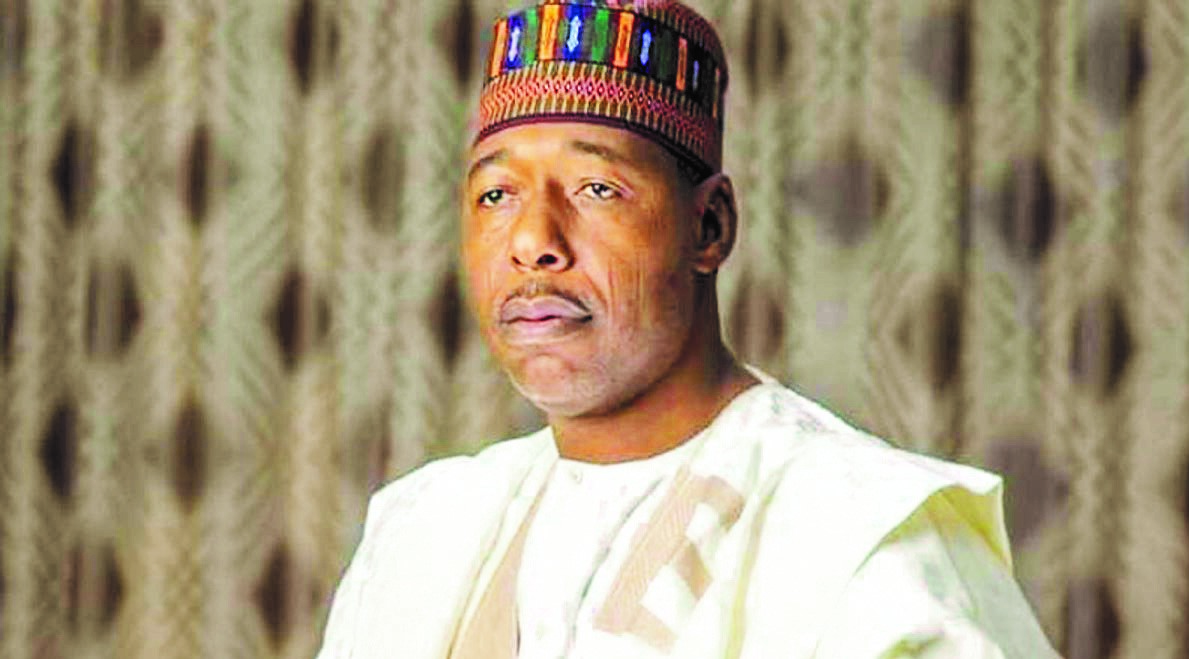 The Borno State Governor, Babagana Zulum, has suspended a medical director and four resident doctors, who were not at their duty posts on the night he paid surprise visits to some public hospitals in Maiduguri.

The governor had, on Monday night, paid unscheduled visits to some of the state-owned general hospitals to find out how the health facilities are being run.

The affected doctors were not present when he visited.

Before now, there had been rumours that patients are usually left unattended to at night by doctors, who rather engage in private practice.

It was reported that when the governor visited the Umaru Shehu Ultramodern Specialists Hospital, Maiduguri, most of the top personnel, including four doctors, were absent.

The governor reportedly, through the nurses, tried calling some of the doctors but none of them picked their calls or showed up till he left the hospital.

The governor later summoned the head of the hospital who could not give a clear explanation on why his subordinates were absent.

A statement issued on Monday by the Borno governor’s Special Adviser on Communication, Isa Gusa, announced the four doctors had been suspended.

‎”Governor Zulum has ordered the suspension of the Medical Director of Umaru Shehu hospital, Dr Audu Usman, for his failure of leadership, ” Mr Gusau said.

“Furthermore. Dr Musa Chuwang and Dr Chijioke Ibemere who ‘absented’ themselves while on call have also been suspended while Dr. Baba Ali Malgwi who was second on call is suspended arising from his inability to respond to telephone calls during the governor’s visit.

“At the same time, frantic attempts to reach him was impossible, even when he lives within the doctors’ quarters located around the hospital. Similarly, Dr Esther of the paediatric department who was supposed to be on duty was found absent and hence, she is also suspended.

“All medical doctors attached to the accident and emergency unit are to be queried for their absence and the lack of duty roster. Chief Medical Director of the Borno State Hospitals Management Board is directed to comply with the governor’s directive while he is to take measures that should ensure all gaps are filled.

“Governor Zulum is determined to ensure that all hospitals across Borno State provide adequate healthcare delivery at all times through.”

The governor, the second day after his assumption of office, had paid a similar unscheduled visit to the state secretariat where he was stunned when he discovered workers did not turn up early for work.

Insecurity: What Yoruba leaders discussed with Buhari – Ooni of Ife