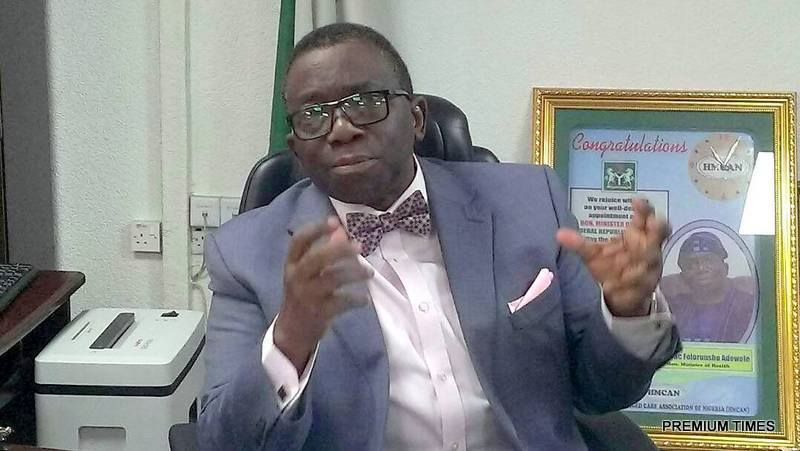 Nigerian govt disburses $49 million to Yobe, Osun under ‘save one million lives’ fund

Impressed by the outstanding performance of some states under the Saving One Million Lives Programme for Result (SOML-PforR), the federal government has disbursed more funds.

Yobe State was awarded the highest amount of the newly disbursed funds as it got $29 million (appox. N10.5 billion) being the highest performing state under SOML- PforR in 2018.

This was followed by Osun State which got $20 million (N7.3 billion).

The official event to mark the disbursement was supervised by President Muhammadu Buhari at the presidential villa were he also launched the National Stategic Health Development Plan II (NSHDP) 2018 – 2022 and rolled out the implementation of the Basic Healthcare Provision Fund (BHCPF).

SOML- PforR is a flagship of the federal government conceived in 2012 but repackaged in 2015 following a $ 500 million credit from the World Bank.

The programme is a paradigm shift from traditional ‘input based’ to ‘result based’ financing of healthcare.

It is intended to save the lives of mothers and children by increasing access to utilisation of evidence based, cost-effective and high impact maternal, child and nutrition interventions in Nigeria and change the federal-state relationship to a result based partnership.

The programme was initiated by the World Bank and federal government and has six intervention areas: immunisation coverage (Pentavalent-3), bed net used by children under five, vitamin A supplementation, family planning, Hiv testing during pregnancy and skilled birth attendance in terms of quantity and quality of cure.

Other states which also benefitted are Ondo, Edo, Anambra, Bauchi, Ekiti, Benue, among others.

The 36 states and FCT last year were given $1 million each for the implementation of the SOML-PforR programme as intervention in the six selected areas of healthcare delivery.

After the implementation of the programme by all states in 2018, a survey was conducted and all were ranked by performance.

Speaking on the disbursement of the funds, the president, who was represented by the Minister of Budget and National Planning, Udoma Udoma reiterated the efforts of the government to revitalise the healthcare system.
“For the implementation of the BHCPF, we shall focus more on people living in the rural areas and the vulnerable population in our society, such as women, children under five years of age and the elderly.”

In his remark, the Minister of Health, Isaac Adewole said the NSHDP II was designed to enable federal and state governments implement health policies in the country according to laid down procedure.

He added that the document which was approved by the Federal Executive Council had the overall goal of ensuring healthy lives and promoting the well-being of Nigeria populace.

He also assured that implementation of the plan would in next five years greatly improve the Nigeria health system and also drastically reduce maternal mortality rate.

Mr Adewole also added that the fund for the SOML-PforR was provided by the National Health Act (2014) as a special intervention to improve healthcare delivery system at all levels.

The minister therefore advised state governors to key into the National Strategic Health Development Plan II for effective synergy between the federal and the state governments.

Meanwhile, speaking on the newly disbursed fund and performance of SOML- PforR in Osun State, the state commisioner of health, Rafiu Isamotu in a telephone interview with PREMIUM TIMES said the state got the funds because of its achievements in the implementation in six areas of interest of the programne.

Osun State had previously gotten funds from the SOML- PforR and this was adjudged to have been utilised effectively, thus earning them second position among states with high performance in the programme.

Mr Isamotu said the newly disbursed funds is a reward for performance in the previous exercise.

According to him, “the state wants a paradigm shift from what they had where a lot of development partners bring money into developing the health sector and results are not being seen”.

He said with the new fund, the state would endeavour to do more “so as to get to the first position”.

Mr Isamotu however admitted it is not going to be an easy feat.

“The more you spend positively, the more money you win. Basically because we have moved from where we were in 2016, that is what won us the money.

“We hope to do better and move first but if care is not taken there is a tendency of moving to zero. We hope we do not. We are also one of the six states to benefit from the initial rollout of the BHCPF, we are prepared for it. We already have our health Insurance scheme in place as well as the Primary Health Care Development Board,” he added.