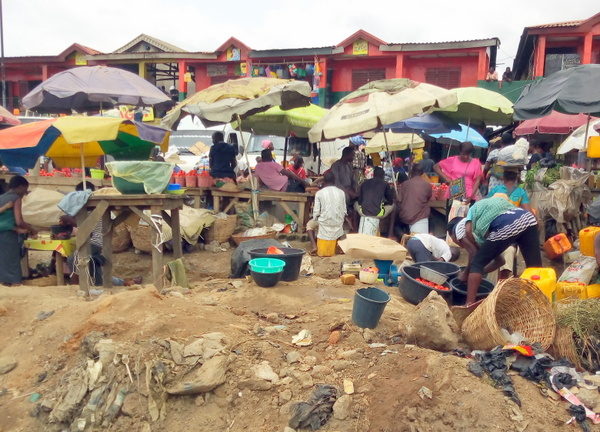 A market used to illustrate the story

The impact of unsafe food costs low- and middle-income economies about $110 billion in lost productivity and medical expenses each year, a new study by the World Bank has disclosed.

According to a press release published on the organisation’s website, these costs could be avoided if countries adopt preventive measures to improve how food is handled from farm to fork.

The study noted that managing the safety of food would also significantly contribute to achieving multiple Sustainable Development Goals, especially those relating to poverty, hunger, and well-being.

According to the World Health Organisation (WHO), food-borne diseases caused an estimated 600 million illnesses and 420,000 premature deaths in 2010.

This global burden of food-borne disease is unequally distributed. Relative to their population, low- and middle-income countries in South Asia, Southeast Asia, and sub-Saharan Africa bear a proportionately high burden.

They account for 41 per cent of the global population, yet 53 per cent of all food-borne illness and 75 per cent of related deaths.

According to the study, unsafe food threatens young children the most: although children under five make up only nine per cent of the world’s population, they account for almost 40 per cent of foodborne disease and 30 per cent of related deaths.

The study found that “the total productivity loss associated with food-borne disease in low- and middle-income countries is estimated to cost US$ 95.2 billion per year, and the annual cost of treating food-borne illnesses is estimated at US$ 15 billion.

“Other costs, though harder to quantify, include losses of farm and company sales, foregone trade income, the health repercussions of consumer avoidance of perishable yet nutrient-rich foods, and the environmental burden of food waste.”

“By focusing on domestic food safety more deliberately, countries can strengthen the competitiveness of their farmers and food industry and develop their human capital. After all, safe food is essential to fuel a healthy, educated, and resilient workforce,” he said.

The Lead Agriculture Economist at the World Bank and study co-author, Steven Jaffee, noted that “Governments in low- and middle-income countries not only need to invest more in food safety but also invest more smartly.

The study calls for a shift in approaches to food safety regulation.

The traditional approach centres on enforcing regulatory compliance through product testing and food facility inspections, and the application of legal and financial penalties for infractions.

The study noted that greater emphasis is needed on providing information and other resources to motivate and empower food sector operators to comply with food safety regulation.

Mr Jaffee said the results of regulation should be measured in terms of compliant enterprises, confident consumers, and food safety outcomes rather than the number of fines or business closures.

Why we adopted selective protectionism to defend Nigeria’s economy – CBN