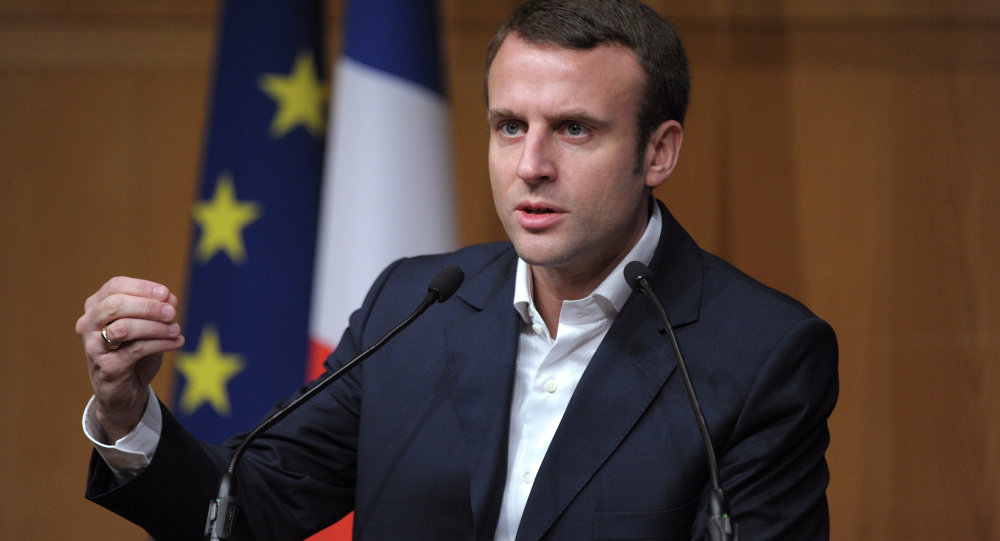 France pledges to increase aid to Africa for girl child education, others

The French President, Emmanuel Macron, has pledged to remain committed and increase the aid given by France to less developed countries, especially in Africa, in order to assist with women development in the continent.

Mr Macron, speaking at the goalkeepers’ event in New York on Wednesday, said France would be increasing its grants from $10 billion to $15 billion in 2020 to 2030.

He said while one third of the grant would be used for climate change, some would be invested in educating the girl child in Africa and other relief assistance provided by the country.

The president said France is committed to helping the youth, especially the girl child in Africa overcome poverty by getting them quality education.

This, he said, would improve the poverty margin and empower women to make reproductive and economic development.

Mr Macron said he is interested in three issues- climate change, education for the girl child and gender equality.

He said it is time for the world leaders to focus on issues concerning these problems as all of them are encompassing and have an indirect impact on the world at large.

He said the world needs leaders who would be accountable, pragmatic and be multilateral in their actions as most of them are lacking behind and not delivering on their promises, especially on climate change.

Mr Macron argued that educating a girl is the only way to reduce poverty level and population explosion in Africa.

He said there are about six hundred million people who are meant to go to school and four hundred and forty four million of them are from Africa.

“If we don’t educate them, if we don’t teach them and provide values, orderliness, skills for them to get work, we leave them to nothing.

“That’s is why education is important. We are launching a new partnership with $2.5billion commitment to begin this year. This would be done in Africa,” he said.

He said African women would choose to have smaller families if they had greater access to education and family planning.

“One of the critical issues of African demography is that women cannot choose their fertility. Present me a woman who decided being perfectly educated to have seven or eight children or a young girl who decided to leave school at ten years in order to be married at 12,” he said.

The French president said it is “pure bullshit” to suggest that Africans are being taught from New York on what to do with their lives.

He said lots of women are not properly educated because these countries decided the right of girls are not exactly same as young men.

“We are not talking about new big figures which we’ll never deliver, but people committed to saving the planet and tackle the new poverty level caused by climate change.

“We need to convince people that there is a need to invest in climate protection because it is good for the climate, environment and people,” he said.

Melinda Gates, wife of billionaire philanthropist, and co-founder, Bill and Melinda Gates foundation at a press conference, said the foundation would be focusing on advocacy on girl education as a means of empowering women against poverty in Africa.

She said having more educated women in the developing countries would not only improve the country’s economy but assist with tackling poverty and population explosion.

Mrs Gates said countries like Nigeria with high level of illiterate women, especially in the north-eastern part of the country, need to invest more in quality girl child education as a mechanism to control the population explosion threatening to overwhelm the world by 2050.

Nigeria currently has about 180 million people and it is projected that by 2050, it would double its size, making it the fourth most populated country in the world.

To forestall what could overstretch the already thinned infrastructure and resources available in country, introducing quality education for the girl child was proposed as a way of improving knowledge on family planning of the country.

Mrs Gates said educating a girl child is not only empowering the nation but also safeguarding the entire population of the country.