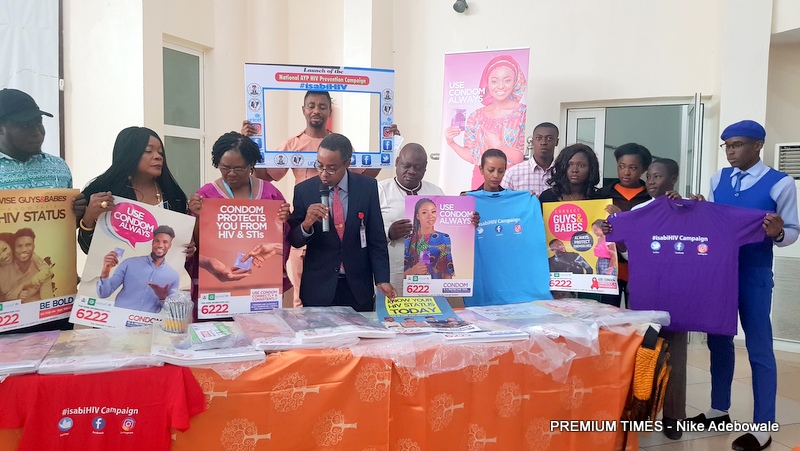 The Director General of the National Agency for the Control of AIDS (NACA), Sani Aliyu and other partners during the launch of the National Adolescents and Young People (AYP) HIV Prevention Campaign.

The Nigerian government has launched a new campaign to curb the spread of HIV amongst young people.

According to the World Health Organisation (WHO), adolescents and young people are persons between 10 and 24 years of age.

This age group is characterised by rapid physical growth and development as well as sexual maturation.

A 2016 report by the United Nations Children’s Fund (UNICEF) estimates that out of about 1.8 billion adolescents and young people worldwide, about 2.1 million were living with HIV.

Speaking at the launch of the campaign in Abuja last week, the Director-General of the National Agency for the Control of Aids (NACA) Sani Aliyu, said it will increase access to HIV information and services amongst young people in Nigeria.

Mr Aliyu advised Nigerian youth to embrace the opportunities provided by the campaign to educate their peers and stay safe for the good of their future.

UNICEF Chief of Health, HIV Section, Dorothy Ochola-Odongo, described the campaign as timely, saying it should be encouraged.

She said UNICEF would continue to sustain advocacy to keep young people alive, noting that preventing young people from contacting HIV would guarantee their future.

Some of the issues the campaign aims to address are inadequate knowledge on HIV transmission and prevention, low risk perception, early sexual debut and multiple sexual partnerships.

The implementation of the campaign has officially kick-started in four states: Benue, FCT, Kaduna and Lagos.