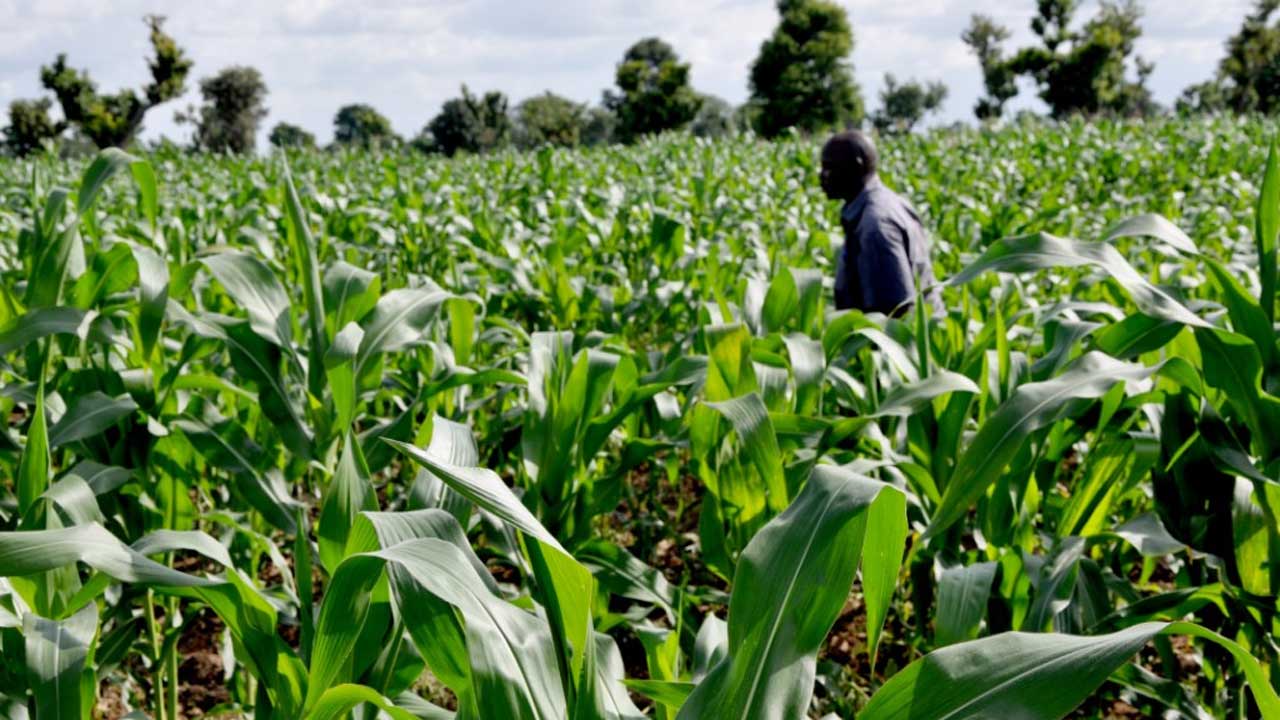 A corn farm used to illustrate the story. [Photo credit: The Guardian Nigeria]

Court strikes out suit against genetically modified crops in Nigeria

The Federal High Court on Wednesday in Abuja struck out a suit filed against the issuance of permits and subsequent release of Genetically Modified (GM) crops including BT cotton in the country.

Though a cause of action was established, Justice Ahmed Mohammed held that the court was compelled to strike out the suit because it appeared statute barred.

This means that the suit was brought a year after the permits had been issued.

Health of Mother Earth Foundation (HOMEF) and 16 other Civil Society Organisations in September 2017 filed the lawsuit against the Nigerian Biosafety Management Agency (NBMA), the first defendant and the National Biotechnology Development Agency (NABDA) over the approval it granted to Monsanto Agricultural Nigeria Limited to release (GM) crops in Nigeria.

NBMA is the government agency that regulates biotechnology and GMO in Nigeria while NABDA promotes it.

According to the judge, it is a contravention of the provisions of the Public Officers Act, which states that any action instituted against a public officer as regards his/her discharge of duties must be instituted within three months, after the said breach occurred.

The minister of environment, minister of agriculture, the attorney general of the federation and National Agency for Food and Drugs Administration and Control (NAFDAC) we’re also defendants in the GMO case with suit No: FHC/ABJ/C5/846/2017.

HOMEF expressed displeasure over the judgement in a statement by its Director, Nnimmo Bassey after the court ruling.

“This is a fall back on efforts to preserve the nation’s food system from being overturned by the agricultural biotech industry”, Mr Bassey, an environmental activist said.

“Some of the issues raised in the suit is that the procedure and issuance of the permits flouts and threatens the fundamental human rights of the people as enshrined in section 33, 34, 36 and 39 of the 1999 constitution of Nigeria as amended in 2011.

“NBMA granted the permits without any public hearing regardless of the consequential issues raised in objections sent in by the Plaintiffs.”

The activist maintained that the ruling encourages the administrative rascality and constant disregard for public interest and due process.

“It is instructive to note that while the case awaited judgment, the defendants, NBMA, Monsanto and NABDA on 26th July went ahead to register and release the Bt cotton varieties (MRC 7377 BG11 and MRC 7361 BG11) along with other GM product into the Nigerian environment.”

Mr Bassey warned that Nigeria’s present regulatory architecture cannot ensure food and environmental safety “as shown by the manner in which the NBMA handles GMO applications.”

Also reacting to the court ruling, Mariann Bassey-Orovwuje, lawyer and Chair of the Alliance for Food Sovereignty in Africa (AFSA) said “it would have been in the interest of justice to grant the reliefs set out on the face of the summons as this case represented not just consumers safety but the survival of millions of small scale farmers whose livelihoods are threatened by the corporate takeover of food systems in the guise of agricultural biotechnology.

“It is regrettable that Federal High Court’s decision came at a time when the Chemical Company Monsanto has only been recently found guilty of knowingly causing grievous harm to one its consumers.”

Also reacting to the ruling, Rufus Ebegba who heads the NBMA described the judgement as “unbiased”.

“Our judiciary is the beacon of justice and hope for democracy in a country like ours. The judgement of the court is not biased, it is in line with the laws of our land. I believe the plaintiffs cannot claim not to know that the decision taking by the court is the right decision”, Mr Ebegba told PREMIUM TIMES in a telephone conversation.

On the allegation that the agency did not follow due process in granting the permits, Mr Ebegba described as rigorous the process of granting approval and permits for release of GMO.

“It is not something you just sit down and do, there are rigorous processes involved and these processes were followed.

“HOMEF and their partners are constantly looking for faults from the agency, they never see anything good about what we do. They should be more patriotic and advise us appropriately so we can put in the best for this country.”

Genetically Modified Organism, GMO, is a plant, animal, microorganism or other organism whose genetic makeup has been modified in a laboratory using genetic engineering or transgenic technology.

There has been a protracted debate over the application of genetically modified crops into the food system of the country. These debates has birthed two groups, Pro-GMO and Anti-GMO. The former is for while the latter is against the application.

The National Biosafety Management Agency had in 2016, issued two permits for the Commercial Release and Placing on Market of genetically modified cotton, and the confined field trial of maize, to Monsanto Agriculture Nigeria Limited.

This move came despite concerted efforts of many Nigerians (comprising 100 groups of farmers, faith-based organisations, civil society groups, students and local farmers) including HOMEF to prevent the introduction of genetically modified (GM) cotton and maize into Nigeria’s foods and farming system.