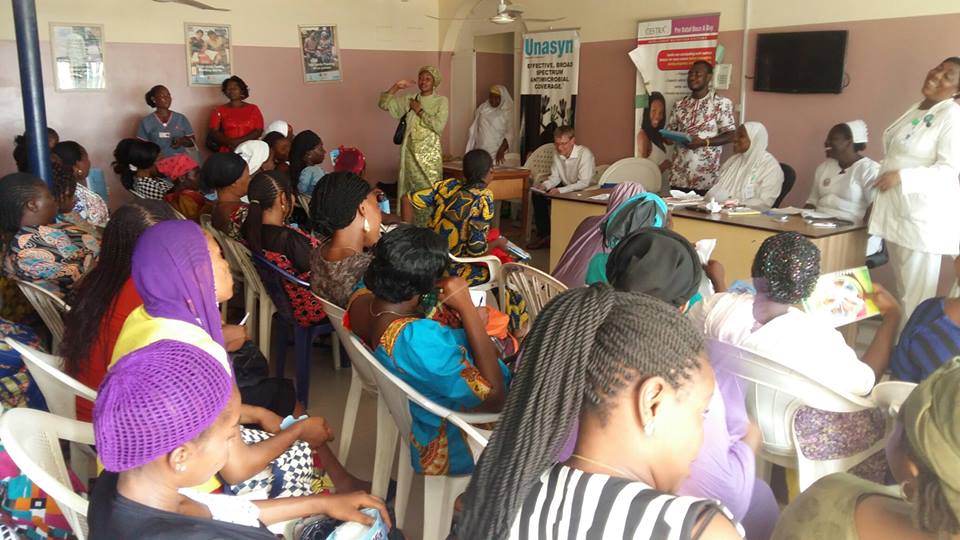 The Minister of Health, Isaac Adewole, has assured Nigerians that his ministry will collaborate with the Ministry of Labour and Productivity to increase maternity leave from four to six months.

The federal government had earlier pegged it at four months in June.

The minister who made the disclosure at the flagoff and policy dialogue of the World breastfeeding week in Abuja said this will give mothers adequate time to practice exclusive breastfeeding.

Mr Adewole said the policy of new mothers returning to work before six months has remained a key barrier to exclusive breastfeeding in Nigeria.

Exclusive breastfeeding is the act of mothers putting newborn on strict breast milk diet for the first six months of their lives without giving them water or any other dietary supplements.

Unfortunately, many Nigerians mothers, both those working in the formal and informal sectors have not been adhering to this.

According to the minister, only 17 per cent of Nigerian babies are breastfed exclusively for the first six months.

He said the rate of exclusive breastfeeding has not substantially increased in the past two decades.

He said inadequate maternal protection policies are part reasons why many women do not have time to breastfeed exclusively.

“The duration of maternity leave is too short and urgent steps must be taken to encourage lactating mothers,” he said.

The minister also advised the men to allow women to breastfeed their babies and ”not compete with the babies”.

”The country is offtrack in meeting the global target of increasing the rate of exclusive breastfeeding for the first six months to at least 50 per cent by 2025.”

In addition, the minister hinted that exclusive breastfeeding has proven to boost economy, and contribute to better health outcomes for women and children.

“Exclusive breastfeeding rate can avert 100,000 infants death annually in Nigeria, and add more than $150 million to the Nigerian economy each year, according to the new Lancet Breastfeeding series,” he added.

The UNICEF Nigeria deputy country representative, Pernille Ironside, said for the country to effectively scale up exclusive breastfeeding, it needs to engage in progammes that will support exclusive breast feeding .

She said the best investment for any country is to engage in programmes that would support the women’s needs.

“I am speaking not just as UNICEF official , but also as a breastfeeding mother, who wants the best for my baby. We need to encourage the mothers by saving the lives of the mothers and the children. We will ensure that all reproductive women of childbearing age will support their children by breastfeeding for a period of two years.”

Also in his remarks, the head of Nutrition, Federal Ministry of Health, Chris Isokpunwu, noted that a large number of mothers do not practice exclusive breastfeeding.

“Giving infants water before the age of six months reduces breast milk intake and supply. It hinders absorption of nutrients from breast milk, and increases the risk of of illness from contaminated water and feeding bottle.”

Defections: ‘God will continue to fish out bad eggs among us’ – Buhari