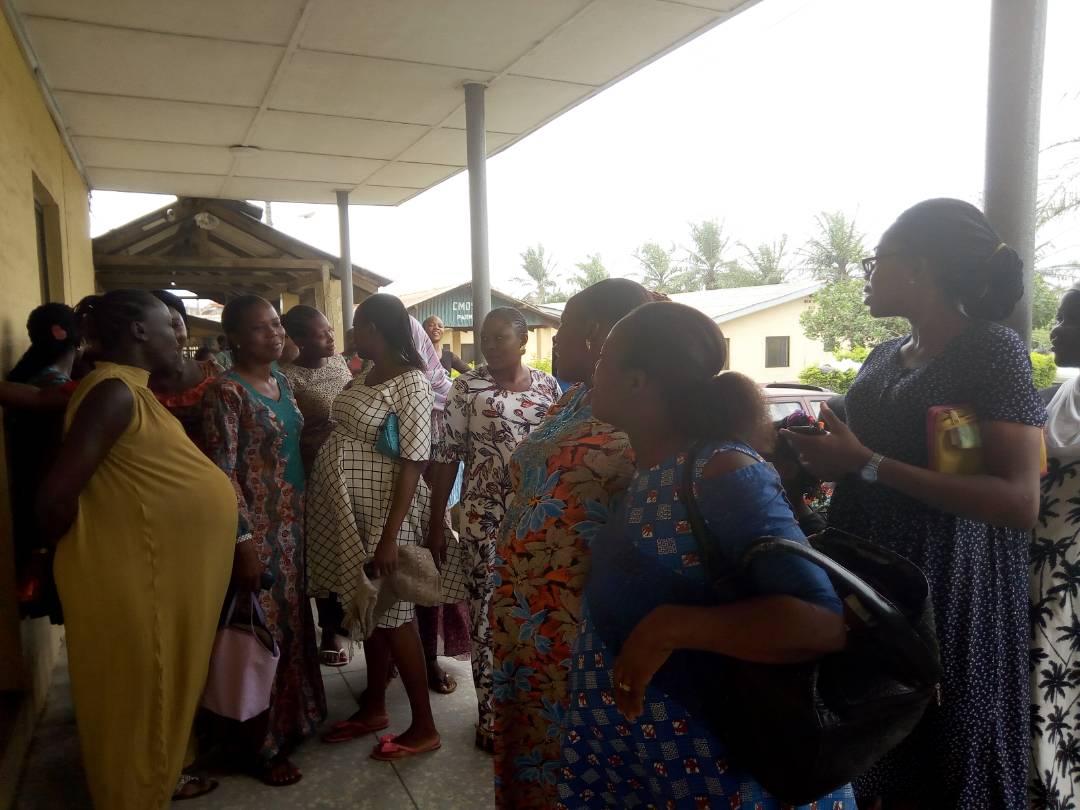 protesting women at the hospital

Nigeria to host WHO leaders

Nigeria will this week, host leaders of the World Health Organisation (WHO), an international health agency which has been working on various health interventions in the country.

According to the international health agency, Nigeria will be hosting members of the Global Policy Group (GPG) which is made up of the Director-General, Deputy Director-General, six Regional Directors and the Executive Director of the WHO Emergencies Programme.

The members are expected to have a meeting from Tuesday to Thursday.

The discussions will focus on WHO’s technical support to strengthen the country’s health system to achieve the health related Sustainable Development Goals within the context of revitalisation of PHCs for universal health coverage and humanitarian response in the Northeast.

Over a hundred expectant mothers on Thursday, thronged the Ondo State Specialist Hospital, Akure, to protest high charges for deliveries collected by the hospital.

The pregnant women, who shut down the hospital for the better part of the day, described the bills collected by the hospital as outrageous and not commensurate with the services rendered.

While urging the governor of the state, Oluwarotimi Akeredolu, to reverse the trend, some women who gave birth to their children at the hospital complained that the hospital failed to provide them with drugs and other materials during delivery even after making the payments.

African leaders have been urged to honour their commitment towards achieving a Universal Health Coverage for all citizens by 2030.

The World Health Organisation Regional Director for Africa, Matshidiso Moeti, made this call as part of the World Health Day 2018 which also doubles as the 70th anniversary of the agency.

With the theme for this year’s celebration “Universal health coverage (UHC): everyone, everywhere” Ms Moeti said African leaders should live up to the SDG pledges they made in 2015, and to commit to concrete actions.

She said countries must strive to improve health governance and information systems to ensure better regulation, planning and accountability to their communities and partners.

The Senate has developed and is set to initiate two draft bills for legislation to tackle the menace of drug abuse in the country, especially among youth.

The bills are coming as the outcome of the roundtable convened by the Senate President, Bukola Saraki, in December 2017 in Kano State, on the rising spate of drug abuse in the country.

The decision was reached after a validity test carried out on all 57 HMOS operating under the scheme.

According to the newly inaugurated governing council of the scheme, the HMOs were delisted because they failed to meet up with the minimum operational standard expected of them.

“Only one out of the 57 HMOs actually scored 100 per cent and is therefore granted accreditation to operate,” Enyanatu Ifenne, chairperson of the board said at a press briefing on Thursday, in Abuja.

The University of Ibadan (UI) on Sunday closed its medical school, directing students to vacate hostels by noon on the same day.

According to a directive signed by the institution’s Registrar, Olujinmi Olukoya, which was neither dated nor written on the official letterhead of the university, the Academic Board of the College of Medicine, UI, considered it possible security threat that the students’ agitation against school fees could pose and as such recommended the closure.

According to the release, the Vice-Chancellor, Idowu Olayinka, approved the board’s recommendation and directed that medical students should leave their hostels by 12 noon on Sunday.

Fertility doctor accused of impregnating patients with own sperm

A Canadian fertility doctor, Norman Barwin may face a class action lawsuit in which he is accused of using his own sperm to inseminate 11 of his clients without their knowledge or consent.

In a statement, Nelligan O’Brien Payne LLP, the law firm behind the case, said that DNA investigation shows that Barwin is the biological father in 11 individuals whose parents went to the doctor for assistance with fertility.

The law firm said it has been in contact with more than 150 people who have allegedly been “adversely affected” by Barwin’s fertility practice dating back to the 1970s, according to the statement relea.

In addition, the firm said it has been aware of another 51 cases in which the identity of the biological father remains unknown.

AfDB made the call on the occasion of World Health Day, celebrated April 7.

Member States of the United Nations agreed in 2012 to work towards achieving Universal Health Coverage (UHC) by 2030. At the target date, everyone, everywhere should access quality health services, where and when they need them without facing financial hardship.

“Providing Universal Health Coverage through strengthened health systems backed with a sound financing system are clearly fundamental to improving the quality of life for the people of Africa,” said Oley Dibba-Wadda, Director of Human Capital, Youth and Skills Development at the African Development Bank.