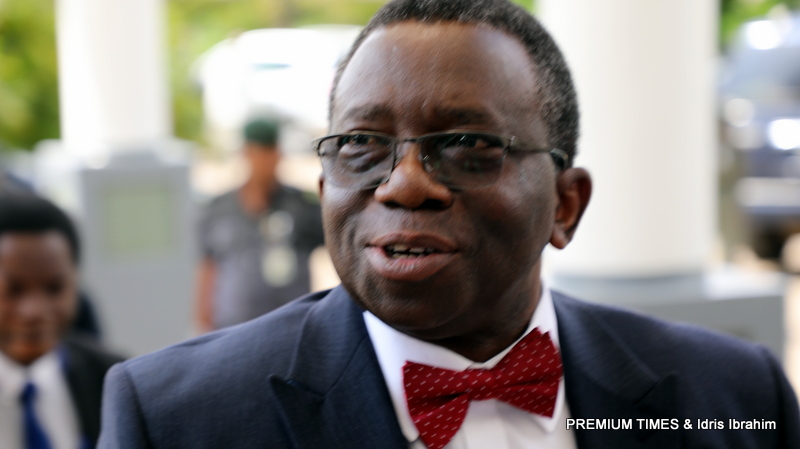 The International Atomic Energy Agency (IAEA) has bemoaned the lack of a single radiotherapy machine for cancer treatment in 28 African countries.

Yukiya Amano, Director-General of IAEA, said millions of people continue to suffer from cancer in developing countries, due to lack of access to effective prevention, screening, early diagnosis and treatment.

Mr. Amano who did not mention the 28 countries but called for continued efforts to ensure greater access to vital cancer services to prevent millions of people from cancer deaths annually.

Globally, cancer is one of the leading causes of morbidity and mortality worldwide, with approximately 14 million new cases and eight million cancer-related deaths annually.

The World Medical Association (WMA), African region has called for strengthening of palliative care for patients with terminally ailments across Africa.

Mike Ogirima, president, Nigeria Medical Association urged Africa countries to adopt such mechanisms as it will go a long way in ensuring the effectiveness of palliative care for patient with terminal diseases.

He however, said the African region rejected physician assisted suicides and Euthanasia, describing them as contrary to the physician’s oath.

Nine deaths have been recorded from 36 confirmed cases of Lassa fever in Ondo state.

The state governor, Oluwarotimi Akeredolu who confirmed the outbreak of the disease said 102 suspected cases of Lassa fever were reported in eight local government areas of the state in which thirty six cases have been confirmed with laboratory results.

At present, 127 hospital contacts and 308 community contacts were line-listed in all the affected local government areas while 30 had completed their follow-up.

Patients are being managed at the Federal Medical Centre, Owo, while confirmatory tests are done at Irrua Specialist Teaching Hospital, Irrua, Edo State.

The beneficiaries would be responsible for conducting validation for HIV test kits bought by government and partners to ascertain the efficacy of the kits.

Oyebimpe Balogun, the Programme Manager, Laboratories, IIHVN, said the training was for a validation of HIV Rapid Test Kits, to ascertain whether HIV kits bought by government or partners were fit for distribution across the service delivery centres in Nigeria.

The Nigerian Minister of Health, Issac Adewole, has said the health sector has the potential to attract medical tourism in different fields of medicine.

Mr. Adewole who said this at the Federal Medical centre, Umuahia, where he visited some kidney transplant patients who were recuperating after a successful operation expressed optimism that the medical feat could bring about a rapid turnaround in the health sector.

The surgery was the second phase of the kidney transplant involving two recipients.

The minister said the feat is worth celebrating because ordinarily, people go abroad to spend 10 to 15 million naira to get kidney transplant and if it can be done in Nigeria, it should be encouraged.

The management of Federal Medical Centre, Umuahia, says no case of Lassa fever has been recorded in the hospital.

The Public Relations Officer (PRO) of the hospital, Darlington Madubuko, said there was no need for the public to panic as it was untrue the reported death of a suspected Lassa fever patient in the centre.

He however said the hospital already has a committee on Lassa fever cases in place to keep regular surveillance against the outbreak of the disease in the hospital.

The Edo state governor, Godwin Obaseki has ordered the immediate release of N100 million as first tranche payment for the procurement of equipment to fight Lassa fever.

Mr. Obaseki said the fund would be used to purchase four dialysis machines, ventilators, personal protective equipment, drugs and other consumables required for the treatment of Lassa fever patients.

The governor took the step because of the rising number of patients brought from across the country to the Institute of Lassa fever Research and Control, Irrua.

The institute is the only specialist facility for the treatment of the disease in Nigeria and the West Africa sub-region.

Scientists at Stanford University in the United States have raised hopes that the war against all forms of cancer may soon be won, following the result of an amazing experiment using mice.

The scientists found that by injecting directly a combination of two immune boosters into solid mouse tumours, all traces of the specifically targeted cancer vanished, according to the research paper published in the journal Science Translational Medicine.

Ronald Levy, senior author of the study told the Stanford Medicine News Centre that the local application of very small amounts of the agents could serve as a rapid and relatively inexpensive cancer therapy that is unlikely to cause the adverse side effects often seen with body-wide immune stimulation.