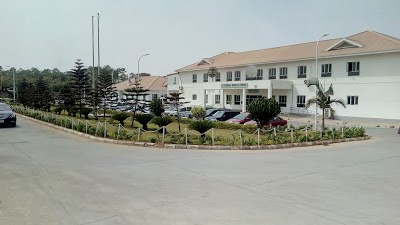 Court, Medical Council yet to act a year after ‘negligence’ caused woman’s death

The Medical and Dental Council of Nigeria, MDCN is yet to disclose details of its investigation into a case of alleged medical negligence involving the Federal Medical Centre, Abuja, for over one year.

PREMIUM TIMES had in December 2016 reported how the FMC allegedly engaged in acts of medical negligence resulting in the deaths of some patients, including 29-year-old Sandra David, who underwent a gall bladder correctional surgery in June 2016, and three other children who died at birth.

A senior official at the FMC had in December, 2016 told PREMIUM TIMES then that the allegation of negligence in the case of Ms. David was already being investigated by the MDCN.

When PREMIUM TIMES approached the council for details of its findings six months after it first confirmed investigations into the matter, the acting registrar of the council, Tajudeen Sanusi, initially declined speaking on the matter, but later directed an official communication from the council regarding the issue.

In a letter dated June 2 and received shortly after the reporter’s visit to the MDCN then, the council told PREMIUM TIMES that the results of the investigation would be released in “due course.”

The letter was signed by the secretary to the council’s investigation panel, Enejor Abdu.

When PREMIUM TIMES contacted the council’s registrar, on Monday, however, Mr. Sanusi said the investigation was a “private” matter, which he could not speak to a journalist about.

“Number one, you are a journalist. We don’t discuss the issue of the investigative panel, because it is a private sitting. Nobody is in charge. All they do is to carry out investigation into an alleged professional misconduct of any registered practitioner. It is only when a prima facie (based on the first impression; accepted as correct until proved otherwise) case is established and the matter is transferred to a tribunal, then it becomes a public matter. I won’t say whether investigation is still on, or not. But, when it is concluded, parties involved will be notified,” Mr. Tajudeed said in a telephone interview with PREMIUM TIMES.

To confirm whether the parties, namely the lawyer or the applicants have been informed or not of any development by the council, PREMIUM TIMES contacted late Miss David’s sister, Sophia Wehbi, who said nothing has been heard on the matter. Mrs. Sophia said she spoke with their lawyers on Monday, who informed her that nothing had been heard from the council.

“No, our lawyer said they have not heard from them,” she said.

Similarly, the Abuja Division of the Federal High Court where a case was filed, regarding the death of Miss David has again adjourned its hearing till February.

The case, filed in September, 2016, by late Miss David’s mother, Portia Sambo, has witnessed repeated adjournments preventing it from passing the stage of mere mention over one year after it was instituted.

The applicant had approached the court with claims for damages, following the death of her daughter, who died months after she approached the FMC for the surgery.

Mrs. Sambo had asked the court to compel the defendants, namely: the Ministry of Health, the Federal Medical Centre Abuja, the Chief Medical Director of the Hospital, Chinwe Igwilo; two medical practitioners at the hospital, Obed Dades and Amadi Ikechukwu, and the office of the Attorney General of the Federation, to pay a total of N510. 4 million as damages for the loss of their daughter.

The amount stated in the claim also included the cost of instituting the suit, as well as the cost of treating the deceased, while she battled with the ailment resulting from the alleged medical negligence. The applicant also listed other attached claims arising from the negligence by the centre.

Despite the fact that the applicant’s claim was filed in September, 2016, the case was not assigned for hearing until January 17, during which the matter could not be taken beyond mention because the plaintiff’s counsel, Charles Abalaka, was yet to file the processes to all the defendants.

Later, the judge, Binta Nyako, adjourned the case to March 30 and June 1. Still, the matter could not be heard on both dates.

When PREMIUM TIMES arrived the court room presided by Mrs. Nyako on Monday, a lawyer, Richard Aneke, who appeared for the plaintiff said the case would further be adjourned till February 21 because, ”the judge was not sitting.”

When asked why the court keeps shifting the matter for so long, Mr. Aneke explained that the court was at liberty to decide when it sits and why it must sit.

“We cannot question the court on why it will or will not sit. Only the NJC (National Judicial Council) can do that,” Mr. Aneke said.

Speaking on the development, Mrs. Wehbi said her family was not encouraged by it.

“We are not happy about what’s happening, but what do we do, when we have a lawyer who keeps telling us that this is normal. It’s been over one year now and nothing has been heard from the court,” Mrs. Wehbi said.