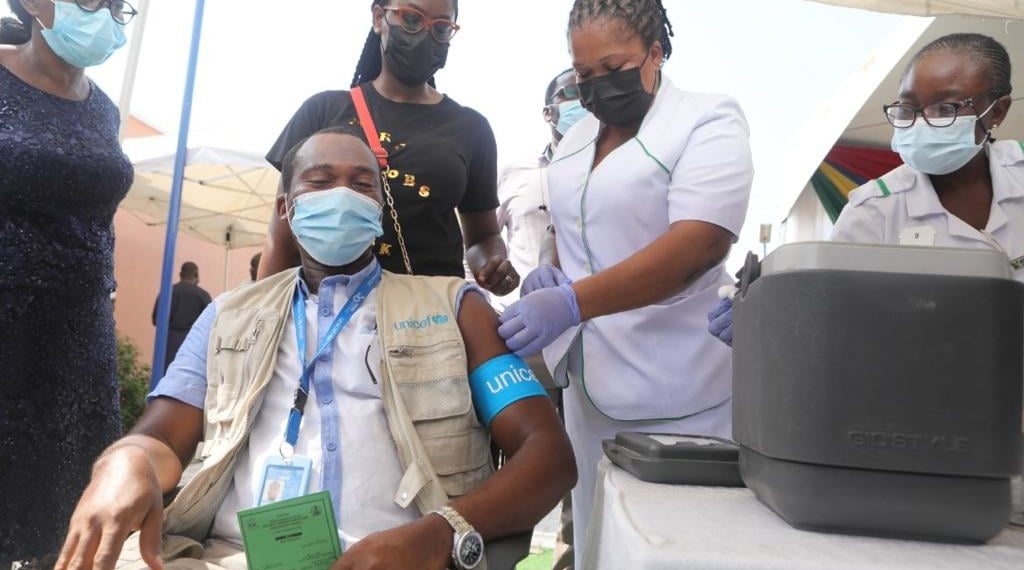 From grappling with the country’s weak health system to losing large numbers of health personnel to developed countries, 2022 will remain a memorable year for Nigeria’s health sector.

The year 2022 was quite a busy one for Nigeria’s health sector, especially with the COVID-19 pandemic, the outbreak of Lassa fever, and the re-emergence of Mpox.

From grappling with the country’s already overstretched health system to losing large numbers of health personnel to developed countries, 2022 will remain an unforgettable year for the sector.

In this report, PREMIUM TIMES analyses some major landmarks that shaped the health sector in 2022.

Two years after Nigeria reported its COVID-19 index case in an Italian traveller, the country seems to have gotten a hang of the pandemic which had earlier crippled the health system.

Routine immunisation, maternal and reproductive health, and child and adolescent health are among the health services disrupted as a result of the pandemic which claimed over 600 million lives globally.

Nigeria has so far tested over 5.7 million COVID-19 samples, with 266,450 returning positive. Over 3,000 persons have also died from COVID-19-related complications in the country.

The number of cases reported weekly has reduced drastically as compared to the early days of the pandemic.

At the onset of the pandemic, new cases reported across the country ranged between 100 and 200 daily. However, less than 50 weekly cases have been reported in the past few weeks.

This downward trend may not be unrelated to increased COVID-19 vaccination rates across the 36 states and the Federal Capital Territory (FCT).

In response to the significant reduction in COVID-19 infections, the Nigerian government ordered the relaxation of COVID-19 safety measures and travel advisory, including the suspension of all pre-departure, pre-boarding and post-arrival PCR test requirements.

Announced by the Presidential Steering Committee on COVID-19 (PSC) on 12 December 2022, the relaxed protocols including the compulsory use of face masks in public spaces and restrictions on mass gatherings are now optional.

Various controversies had trailed Nigeria’s COVID-19 protocol for international travellers. Many complained about the high cost of a PCR test even as other countries were already stepping down on the protocols.

The continued emigration of medical doctors, nurses and other health professionals to developed countries is one of the major “sad” developments in the sector in 2022.

A 2022 UK immigration report showed that 13,609 Nigerian healthcare workers (including doctors) were granted working visas in the past year, making the country second only to the 42,966 from India. The President of the Nigerian Medical Association, Uche Rowland, at a symposium on ‘brain drain in the health sector’, said over 5,000 doctors migrated to the United Kingdom (UK) in the last eight years.

This has created a huge gap in Nigeria’s health system, with only 24,000 doctors left to cater to the over 200 million population. This is also in stark contrast to the about 360,000 doctors needed to meet the World Health Organisation (WHO) recommendation.

Nurses and medical consultants are also leaving. Between 2019 and mid-2022, at least 4,460 nurses migrated from Nigeria to the United Kingdom (UK), according to data from the development Research and Project Centre (dRPC).

When health experts gathered in Abuja towards the end of the year to discuss ways to halt the brain drain, they suggested improvement in the working conditions of doctors and other health personnel as a panacea.

In an interview with the News Agency of Nigeria (NAN), Nigeria’s Minister of Health, Osagie Ehanire, agreed that the working conditions of doctors need to be improved, and said the government was already working towards it. He also said the government was working toward engaging experienced Nigerian doctors living abroad so they could offer healthcare services to Nigerians virtually.

In 2022, Nigeria experienced a significant surge in Lassa Fever infections across the 36 States and the FCT.

The latest epidemiological report published by NCDC for week 50 of 2022, spanning 12 to 18 December, shows that the number of confirmed cases and deaths increased compared to that reported for the same period in 2021.

It also added that a total of 1,038 confirmed and 7,981 suspected infections were recorded between January to 18 December across 111 LGAs in 27 states.

Of all confirmed cases, 71 per cent were from Ondo, Edo and Bauchi. While Ondo State in the South-west topped the infection list with 33 per cent, Edo and Bauchi states accounted for 25 and 13 per cent respectively.

The world was gripped by the fresh outbreak of Mpox in 2022 from the United Kingdom linking its first confirmed infection to Nigeria. In May, the UK Health Security Agency (UKHSA) announced in a statement that an unidentified individual who travelled from Nigeria to England tested positive for Mpox.

Months later, the WHO declared Mpox a global health emergency of international concern due to its continuous spread across the world, and also approved the change of name from Monkeypox to Mpox.

READ ALSO: WHO recommends “mpox” as new name for monkeypox

While data from WHO and CDC confirmed gay, bisexual, and other men who have sex with men make up the majority of cases in the current Mpox outbreak, Nigeria has also consistently reported infections.

As of 21 December, data from African CDC shows that since the beginning of 2022, the continent has reported 1,176 confirmed cases and 219 deaths from eight endemic Africa Union (AU) member states. Nigeria topped with 704 infections, followed by the Democratic Republic of Congo (DRC) and Ghana with 257 and 107 cases respectively.

According to data, DRC recorded the highest deaths of 198, while Nigeria and Ghana reported only seven and four deaths respectively.

The NHIA, which repeals the National Health Insurance Scheme (NHIS) Act that has been in existence since 2004, makes health insurance mandatory for all Nigerians.

Mr Buhari said the NHIA will collaborate with state government health insurance schemes to accredit primary and secondary healthcare facilities and ensure the enrollment of Nigerians.

The law also included the Vulnerable Group Fund (VGF), to ensure coverage for 83 million Nigerians who cannot afford to pay premiums as recommended by the Lancet Nigeria Commission.

He said the “vulnerable group fund” will be financed through the basic health care provision fund, health insurance levy, special intervention fund, as well as any investment proceeds, donations and gifts to the authority.

Although it fails to meet a 2001 commitment to allocate at least 15 per cent of the total budget to the health sector, it is the highest ever allocated to the sector.

African heads of state and governments under the African Union (AU) in April 2001 made the commitment to dedicate at least 15 per cent of their annual budgets to the health sector in what is now known as the ‘Abuja Declaration.’

While countries like Rwanda and South Africa have met the commitment, Nigeria has not found a way to do so. A review of the budgetary allocation to the health sector in the last 21 years revealed that Nigeria has never met the 15 per cent target. Although the 5.75 per cent allocated to health in the 2023 budget is an increase from the 4.7 per cent allocated in 2022, health experts say more advocacy is needed to ensure the government meets the commitment made in the Abuja Declaration.

INTERVIEW: Enyimba will work on being consistent this season, says Finidi George