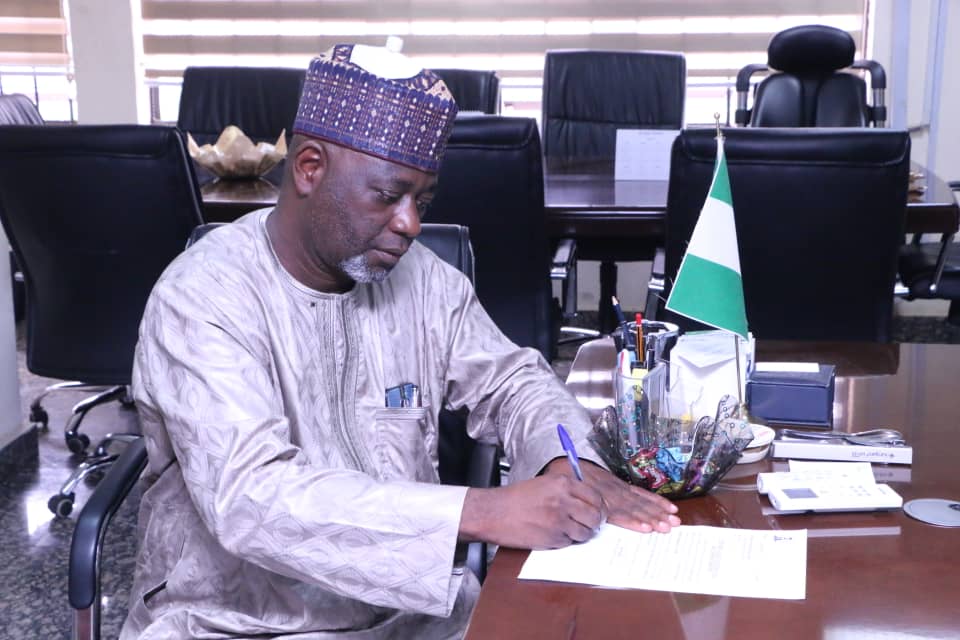 To reduce bottlenecks and fragmentations in service delivery, the NHIS had in January unveiled the HIUOR concept.

Mr Sambo disclosed this Tuesday during the presentation and validation meeting for the draft document of the HIUOR held in Sheraton hotel, Abuja.

To reduce bottlenecks and fragmentations in service delivery, the NHIS had in January unveiled the HIUOR concept.

Represented by Jonathan Ekeh, the General Manager, formal sector department of NHIS, Mr Sambo, in his opening remark at Tuesday’s event, explained how several programs and strategies adopted by the scheme over the years did not work due to administrative encumbrances and bottlenecks.

“The subsequent difficulty in expanding coverage due to non-mandatory participation as provided in the extant NHIS law and the recognition of the need to cover the large informal sector in order to “leave no-one behind” culminated in the idea of decentralizing health insurance to the sub-national level.

“In 2015, the NHIS, in collaboration with representatives of the States, Development Partners and other stakeholders developed a conceptual framework for this decentralization. A memo was presented at the 58th Emergency National Council on Health on decentralizing health insurance implementation in Nigeria to States and it was unanimously adopted.

“As a result of various challenges, including leadership crises, NHIS was not able to provide adequate coordination and support for SSHIAs and other stakeholders for several years.”

The NHIS boss said the greatest impediment to speedy attainment of universal health coverage in the country remains fragmentation of resources, policies, efforts and strategies as seen in the NHIS set up.

The official said the situation gave rise to the adoption of HIUOR concept which recommends the clear definition of scopes of health insurance in Nigeria, and the determination of who covers each of the segments between NHIS and the state agencies.

The new strategy appears to be familiar with the Primary Health Care Under One Roof (PHCUOR), a policy designed to integrate all PHC services under one authority.

“For the attainment of UHC in Nigeria which is in alignment with President Muhammadu Buhari Health Sector Next Level Agenda requires an effective framework for coordination, integration and harmonization of efforts of all stakeholders in the health insurance space in Nigeria. This is the basis of the concept of Health Insurance Under One Roof (HIUOR).”

Health insurance has been globally recognised as the fastest route for any country to achieve Universal Health Coverage.

Nigeria launched the National Health Scheme in 2005 – the same year with Ghana.

Today, only five per cent of Nigerians have health insurance, while Ghana’s scheme has covered over 50 per cent of its population.

The failure of the NHIS to deliver heralded the quest for the establishment of State Health Insurance Schemes (SHIS).

SHIS offers each state a more feasible platform to manage their own homogenous cultures and context in taking health insurance to the last citizen.

Lagos, Niger, Delta, Anambra are among about 20 states that have begun implementation.

But as it is with NHIS – currently dogged with multiple challenges –it is already facing its own peculiar impediments, as its establishment has not been backed with a proper implementation plan.

Also, during Tuesday’s event, the Chief Executive Officer of the State Health Insurance Agencies, Adeniyi Oginni, gave a brief breakdown of the challenges and prospects of the schemes, so far.

“In 2017 an update was presented to the National Council on Health regarding the progress towards establishing SSHIAs and council was invited to approve the adoption of SSHI policy by states as the most cost-effective and sustainable option of providing their citizens access to good quality healthcare and achieving their health system goals. It also encouraged states to commence processes aimed at setting up their health insurance agencies and implementing this policy of decentralization of NHIS.

“Nevertheless, only a few states of the federation bought into this new policy until the appropriation of the BHCPF established by section 11 of the National Health Act, 2014 by the National Assembly in 2018. Since the pre-requisite for accessing the BHCPF among other things include the setting up of a functional SSHIA, between 2018 and now all other states except two now have a SSHIA albeit at different levels of establishments.

“Each state SHIS has its own laws and operational modalities and had started to record impressive success in coverage rate as at the beginning of this year, 2020 when the leadership of NHIS, recognizing the poor coordination and regulation of the industry came up with the policy of Health Insurance Under One Roof which was a welcome development in the industry.

“Let me at this juncture, once again reiterate our commitment to the successful implementation of the HIUOR policy and our desire to leave no stone unturned in accelerating the march towards attainment of UHC for our great country,” he said.

What Nigeria must do to eradicate Tuberculosis by 2030 – Health experts